There Are At Least Two Smart People in Hollywood 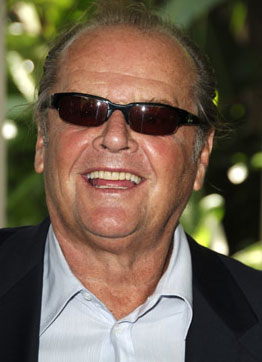 In the form of Morgan Freeman and Jack Nicholson. Currently making the rumor scene around Hollywood is the news that both Mr. Freeman and Mr. Nicholson have refused to work with the colossal trainwreck better known as Lohan. Apparently both legends have instructed their agents that they will not even consider a film role that is tied to Lohan in any way, shape or form. I'd love to believe this. I really would. While I'm not doubting the intelligence of either man (heck, you have to possess some smarts to stay around and active in Hollywood as long as either of them have) I find it hard to believe that Lohan would ever be suggested for a part in any movie in which Nicholson or Freeman would be starring. Unless, of course, she's taking on the part of a wild, out of control, promiscuous drug addict. She may be able to handle that one.
Provided, of course, that she has a flexible work schedule that will allow for clubbing, random hospital stays and surgeries and time off for "exhaustion".
Seriously though, I will lose all respect for either of these gentlemen if they even consider gracing one of her shitty projects with their myth-like presence. This would have been like Marlon Brando agreeing to appear in Beach Blanket Bingo. It's totally hideous and it goes against the laws of nature in general. Lohan needs to stick with Hillary Duff, maybe Paris Hilton or Pam Anderson, even. It's possible that Katie Holmes is unemployed; maybe Lohan should call her. But leave Freeman and Nicholson for Diane Keaton, Cate Blanchett, Kate Winslet . . . the classy ladies with talent. And without the baggage that Lohan is sure to bring to whatever set she shows up on.
I'm hoping this is true. Not only because it shows that Nicholson and Freeman have balls (which we already knew, at least in the case of old Jack) but maybe because by these two men taking a stand, others will follow suit. Isn't it time for Hollywood to stop being an enabler (after all, Lohan has her craptastic mom Dina for that) and start making wise business decisions and cuts?

Not on Morgan's or Jack's Christmas card list
Posted by Lori Johnston at Tuesday, January 30, 2007