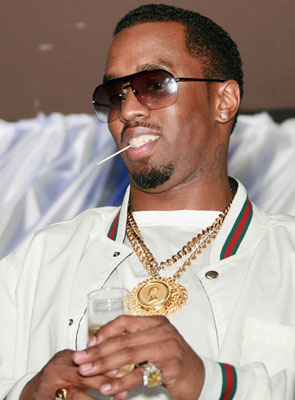 After ten (I suspect) highly tumultuous on and off years together, and three children, but no bands of gold, Sean Combs and Kim Porter split. No news to anyone, but you would think Combs would rethink that decision, given that he's currently paying baby mama Misa Hylton-Brim $30k a month in child support. For one child. This blows my mind. Does Sean Combs make that kind of money? When's the last time anyone saw him work? Does partying count as work?

But I digress . . . celeb divorce lawyer Raoul Felder gabbed to Page Six that the fertile and patient Ms. Porter should be able to collect a hefty $100k per month in child support. (Cha-ching!) And the icing on top of the very expensive cake for Ms. Porter? No pre or post-nuptial agreement!

First thing first, Mr. Combs. Get yourself an attorney and follow his/her advice. Make pre-nup a part of your daily vocab. Second, if you're not going to give the twins a snip, wrap it up!!
Posted by Lori Johnston at Tuesday, July 17, 2007