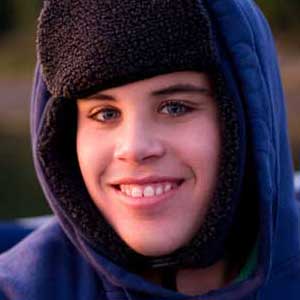 This really doesn't qualify as "gossip" - - it's actually the saddest entertainment story since Heath Ledger's death last year.
You'd have to be under a rock to not have heard that John Travolta's 16 year old son Jett died at the family's vacation home in the Bahamas last Friday. Initially the reports stated that Jett suffered a seizure in the bathroom, struck his head and died, possibly en route to the hospital in Freeport.
Sadness all around - - for Jett, for John Travolta and Kelly Preston, for Jett's sister Ella. What really makes my blood boil about this though is the immediate conspiracy theories and accusations that popped up within hours of Jett's passing.
I can wear the tin foil hat too - - I don't think Lee Harvey Oswald acted alone, I believe in life on other planets and I think the idea that Tom Cruise is a studly heterosexual is one of the biggest mysteries on earth. But to suggest that somehow John and Kelly were responsible, in some part, for their child's death? Come on now!
Forget for just a moment that John and Kelly were Scientologists. They lost their child. At this point, whether Jett suffered from Kawasaki's Syndrome or autism (as has been rumored) is irrelevant.
Jett, may you rest in peace and may your soul be eternal. Your life here was entirely too short. May the Travolta family find peace and consolation during this tragic time.