Fatal Vision: My Journey from Probably Guilty to Possibly Innocent to Absolutely Guilty Colette MacDonald being walked down the aisle by her stepfather, Freddy Kassab, in 1963 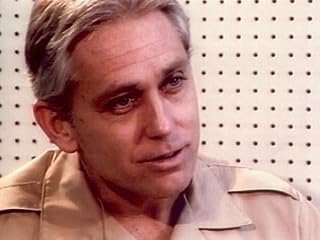 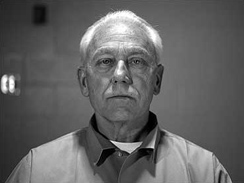 I've just become aware of this case and I am absolutely baffledd! I was so convinced of his innocence but now I'm beyond torn. This is a deeply disturbing and captivating case. Very sad!

Thanks for this post. I've never understood how some can overlook the mountains of evidence and conclude that he didn't do this crime. A few years ago, he fought and won a DNA test on a "strange" hair found under one the girl's fingernails... the test came back that it was his hair! This was triveal though, in comparison with the other evidence already against him. Some people won't believe anything unless they see it with their own eyes. It will be a sad day if this wife murderer and baby killer ever gets freedom. God help the publicity seeking lawyers who are fighting to take justice from those victims.

I was born in 1969 and when i was a teen back in highschool,I did an essay on this case i read so many articles ,I got the book and watched the movie and yes i know you can't make a descision based on a movie or a book however I read every article on the actual court case i could find!I hope that man never sees the light of day outside prison walls!

I worked at Womack hospital when this terrible event occurred. From the very beginning, everyone there that I ever talked to was positive that MacDonald did it. Anyone that thinks that a band of hippies could wander around the housing area of Ft. Bragg in the middle of the night, without drawing attention of MPs, is living in fantasy land. MacDonald is a narcissistic psychopath and a good liar. Nothing more. He'll never gain his freedom because he is guilty and the courts have already entertained his bull for over 40 years. He thinks he is smarter than everyone else, he's not!!The real shame is that he gets all the attention and we tend to gloss over that 3 poor souls were cut so short, remember Collette, Kimberly and Kristin.

John,
Thank you for your post. I am always interested to hear from people who either knew MacDonald or were somehow familiar with the crimes.
It's sad that MacDonald has received the lion's share of attention over the years for his horrible crimes. I do agree that he will never concede to being guilty because he is too much of a narcissist to do so.
The only consolation is that he can no longer hurt Colette, Kimberley or Kristen.

After the Casey Anthony fiasco and reading Fatal Vision again, I've been getting depressed. To me, I always wonder what might have been. Could Caylee or Kristen have been the one to find the cure for cancer or become the first woman president?? I've always been and I guess still am against the death penalty, but these baby killers really get under my skin. This case still saddens me after 40 years since I was stationed at Womack hospital, Ft Bragg and learned of this tradgedy!!!

Heartbreaking beyond belief How horrifying for Colette and her little children. In a way it's good she did not survive this because if her children had not then the whole nightmare would be too much to bear. It's one of the worst stories I've ever heard. Her and her/his children were a burden to Mr. Macho-he's pure evil and any attorney that tries to get him released is below contempt.

When you have as many as seven intruders some using different objects as weapons possibly having brought just one themselves it makes more sense that varying degrees of punishments could result. The intruders headed to the bedrooms first with the guy using the club then leaving to search for JM in the living room. You have the crazed stabbing attacks on the females possibly involving the psycho woman associated with the suspect group who never got to Jeffery cause three men were on him while she was wielding her ice pick in the bedrooms. In the issuing chaos with Jeffery putting up more resistance the result could have been several intruders rushing the crazed stabber out of the house before she got to Jeffery cause they had determined it was time to get out. Wasn't it Mitchell who later made a statement the JM had just gotten lucky. Makes much more sense with the different weapons used that a group attack the family. Different attackers inflicting different amounts of wounds. Reason thrown out the window when the attackers were all high on drugs we can not judge what might be reasonable to assume about equal damage that should have been inflicted. Earlier Helena wandering off disillusioned by the bloody chaos spotted later by MP Mica standing at the corner alone. Makes perfect sense to me.