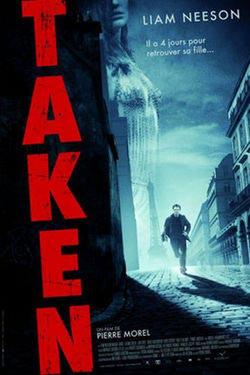 Taken, starring Liam Neeson, Maggie Grace and Famke Janssen) is exactly the sort of movie you need when you want entertainment, without goofy adolescent gags, sexual innuendo or anything too deep or thought provoking.
Neeson adeptly plays Bryan Mills, retired CIA badass, who has recently moved to Los Angeles to be closer to his teen daughter, Kim, and her incredibly bitchy and bitter mother, Lenore. He takes a one night job guarding a Britney Spears-esque pop singer en route to and from a concert and manages to save her from being dispatched into the after life by a psycho. This is our first sign that Neeson/Mills is not to be messed with.
He butts heads with Lenore, who wants to send Kim to Europe with a girlfriend to follow U2 around on tour, so that Kim can experience the world. Bryan is afraid of what Kim may see and reluctantly agrees to the trip . . . a decision he almost immediately regrets when Kim is kidnapped hours after arriving in Paris, and while on the phone with dear old dad.
Bryan comes to find out that Kim has been taken by a group of nasty Albanians who target young women traveling alone in order to abduct them and then sell them into slavery.
Hell hath no fury like Neeson scorned.
While not exactly a picture postcard of the wonderful things Paris has to offer, Taken is a guilty pleasure as far as action flicks go. Neeson, surprisingly, is wickedly on par with characters like James Bond and Jason Bourne - - smart, cunning, one small step behind the bad guys and can issue a thoroughly intense ass kicking. While the plotline is predictable, Neeson makes the movie enjoyable. Not only is he a deservedly well-respected thespian with serious credits like Schindler's List but he can easily add movies that were previously reserved for actors who had cornered the action flick market.
This is definitely a movie that is simply for entertainment value. And I one I would recommend. 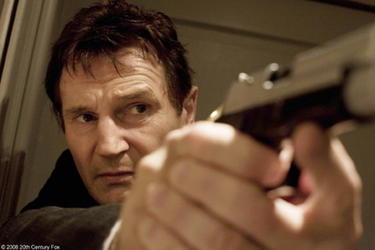