Hosted by MizB on Should Be Reading, Friday Finds is all about the great book finds we've discovered this week. 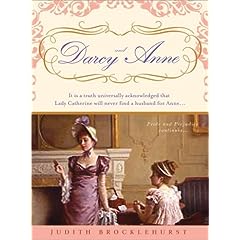 Darcy and Anne by Judith Brocklehurst
Description: It is a truth universally acknowledged that Lady Catherine will never find a husband for Anne . . .
When a fortuitous accident draws Anne away from Rosings and her overbearing mother's direct influence, she is able to think and act for herself for the first time ever. In the society of her cousins Darcy and Georgiana, and, of course, the lively Mrs. Darcy, Anne reveals a talent for writing and a zest for life. Meanwhile, Lady Catherine is determined to choose a husband for Anne. But now that Anne has found her courage, she may not be so easy to rule.
Anne de Bourgh is a sympathetic character whose obedience and meekness were expected of women in her day. As she frees herself from these expectations, Anne discovers strength, independence, and even true love in a wonderfully satisfying coming-of-age story. 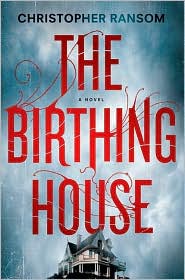 The Birthing House by Christopher Ransom
Description: Conrad Harrison takes a wrong turn out of Chicago and winds up buying an old Victorian house in a small Wisconsin town - - just the thing for getting out of L.A., which Conrad hates because of his low-bucks fumbling and dependence on his high-bucks salesperson wife. But they are no sooner relocated than Joanna flees to an eight-week training for a new job. While she is away, the neighbors befriend Conrad and ask him to keep an eye on their pregnant daughter (the boyfriend is a flake) while they're off recharging their marriage. Ad hoc guardianship first seems a good reason to get out of the house, which is getting to Conrad. He keeps hearing a newborn crying, glimpsing a dark figure, and after he sees Joanna in a photo album that goes with the house, he is seriously freaked, also occasionally unable to account for long periods of time. The house is haunted, of course, and Conrad's is just the kind of frustrated consciousness most susceptible to occupation by the spirit it contains.

Vanished by Joseph Finder
Description: Nick Heller is tough, smart and stubborn. And in his line of work, it's essential. Trained in the Special Forces, Nick is a high-powered intelligence investigator - - exposing secrets that powerful people would rather keep hidden. He's a guy you don't want to mess with. He's also the man you call when you need a problem fixed.
Desperate, with nowhere else to run, Nick's nephew Gabe makes that call one night. After being attacked in Georgetown, his mother Lauren lies in a coma and his step-dad, Roger, Nick's brother, has vanished without a trace.
Nick and Roger have been on the outs since the arrest, trial and conviction of their father, the notorious "fugitive financier", Victor Heller. Where Nick strayed from the path, Roger followed their father's footsteps into the corporate world. Now, as Nick searches for his brother, he's on a collision course with one of the most powerful corporations in the world - - and they will stop at nothing to protect their secrets.
Posted by Lori Johnston at Friday, August 21, 2009

The Birthing House was pretty good, but I'm still not sure about the ending. I'm curious to hear what you think of it. (If you're interested, I have a review of it up on my site.)

(I love the psycho kitty avatar picture on your profile page)

Kelly,
I left a post on your blog but will say it here too. Your review was awesome! I definitely want to check this book out - - I love scary! (As long as the doors are locked, lights are on and hubby is home).
I love your furbabies on your site - - I have an orange tabby (Sparky) with the same expression as your Bear - - it's not grumpy, it's self-satisfied. And I have my own Cookie - - but he's a Boston Terrier named Giovanni. :)

I just added The Birthing House to my WL recently. Looks really good!

I'm reading Darcy and Anne right now and so far am enjoying it.

I read Paranoia by Joseph Finder and it was amazing.I pretty much decided at the end of that book that I will read any Joseph Finder book so I am going to check this one out.Thanks
xx

Debbie, please write a review of Darcy and Anne when you finish. I'm curious to know what you think.

Yvette, Joseph Finder is a great author. Have you read Killer Instict? If you haven't, I would suggest it. It's phenomenal.

I have this for review too, but I haven't gotten around to it yet. Good review!