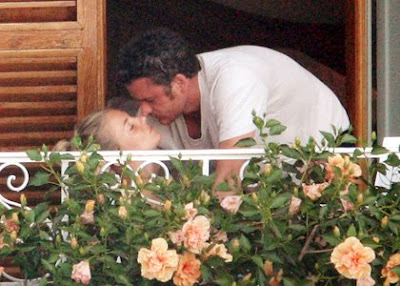 Source: CDAN
Sienna Miller and her maneating vagina think that we should just keep our opinions to ourselves and stop judging her.
For some inexplicable reason GQ interviewed Sienna and of course the subject of Balthazar Getty came up. Sienna claimed that we (the general public) don't know what went on with the entire affair. I can guess. Balthazar: Hi, I'm Balthazar. Sienna: Are you married? Let's shag.
Seriously, though. I will agree that we don't know what happened with the affair with Balthazar. Just as we don't know what happened with the myriad of other affairs that Sienna has had.
Per Sienna: "I probably seem like not a particularly nice person, not a girl's girl. I do think sometimes people get morally superior without understanding situations." She also claimed that if she was a male celebrity she would be judged differently.
While I do think she most definitely isn't a girl's girl, she made a somewhat intelligent statement. I'm not negating Sienna's guilt in the Getty mess by any stretch, but why is it that she is judged more harshly than Getty? She is wrong to get involved with a married man and she should have more respect for her follow sisters than to encroach on their men. But Getty was the married man, he is the one who made the vows, made the commitment, had the wife and kids.
It's 2009. Isn't it high time that society stops giving men a pass with the excuse that they are just being men?
Posted by Lori Johnston at Friday, August 07, 2009