Today I am pleased to welcome Victoria Simcox, author of the recently published The Magic Warble to Psychotic State!


1) The character Hester Crumeful in my story was created after a girl in my second through fourth grade school years, who had a similar name and wore a different colored bow in her hair each day of the week.


2) The character Graham Kepler was created after a red haired, squinty eyed, freckled faced boy that I remember from my Kindergarten through second grade years when going to school in Scarborough Ontario Canada. He was about thirteen years old, and was a bully who especially harassed girls younger them him.


3) I have an old burgundy hatbox sitting on an upper shelf in my bedroom closet. It was one of my inspirations for writing The Magic Warble.


4) Bernovem has the same letters as the month November.


6) Kristina in the book looks like my daughter Kristina, but their personalities are different and I don't consider them to be same person.


7) Raymond was named after one of my many pet rats. Unfortunately my Raymond has passed away of old age.


9) Amanda Swanson, the illustrator of The Magic Warble was twenty one years old when she illustrated the book. She produced the characters out of her imagination alone.


10) I'm two-thirds of the way finished the second book in this series and I'm pretty sure there will be three or more in the continuation of The Magic Warble.

Victoria, many thanks to you for stopping by my blog today and giving us a little insider information on The Magic Warble! 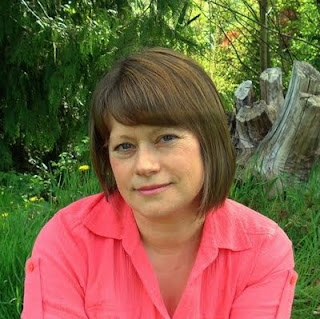 Victoria, known as Vicki, was born in Scarborough, Ontario, Canada, to an Austrian immigrant mother, and a Dutch immigrant father. She has one older sister. When she was 7, Vicki moved with her family to British Columbia—then in her early twenties to Western Washington, where she now resides in Marysville WA. She has been married for almost 20 years and has 3 children. For the past 10 years, she has home schooled her children, and she also teaches elementary school art. Her other family members are, a Chihuahua, named Pipsy, 2 cats, named Frodo and Fritz, and 1 parakeet, named Pauly. She did have a pet rat named Raymond; when she started writing The Magic Warble, but sad to say, he has since passed away of old age. Vicki enjoys writing, reading, painting watercolors, good movies and just hanging out with friends and family. Her favorite author is C.S. Lewis, and one of her fondest memories is when she was 12. She would sit at the kitchen table, and read The Chronicles of Narnia to her mother while she cooked dinner. These magical stories were very dear to Vicki, and she remembers wishing, If only I could go to Narnia like Lucy and Susan. Vicki hopes that maybe she can touch someone with her story in a similar way. You can visit her website at www.themagicwarble.com.


The Magic Warble is available at major booksellers, including Amazon and Barnes & Noble.