"Bette Davis and Joan Crawford: two of the deadliest arch-rivals of all time. Born in the same year (though Davis swore 'Crawford is five years older than me if she's a day'), the two fought bitterly throughout their long and brilliant Hollywood careers. Joan became a star first, which always irked her rival, who suggested her success had come via the casting couch. 'It sure as hell beats the hard cold floor' was Crawford's scathing response. According to Davis, Crawford was not only a nymphomaniac but also 'vain, jealous and about as stable and trustworthy as a basket of snakes'. Crawford, in turn, accused Davis of stealing her glory and planning to destroy her. The two rivals fought over as many men as they did parts - when Bette fell in love with her co-star in DANGEROUS, Franchot Tone, Joan stepped in and married him. The women worked together only once, in the classic thriller WHATEVER HAPPENED TO BABY JANE?, in which their violent hatred of each other as rival sisters was no act." 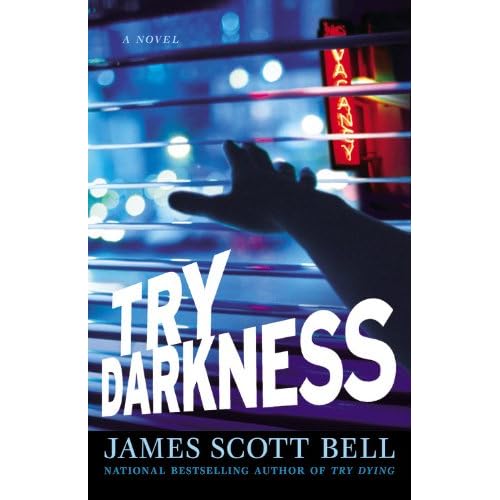 "In Try Dying (2007), L.A. trial lawyer Ty Buchanan’s fianceé was killed, and Ty himself was brought up on murder charges. Now he’s trying to put that disastrous period in his life behind him. He’s living in a trailer on the grounds of a monastery, easing back into professional life, when a case involving a woman and her young daughter, who are being tossed out of their apartment by an unscrupulous building owner, draws him back into the dangerous world he thought he’d left behind. The case seems a simple enough matter, but soon after Ty makes it clear he will pursue his client’s rights, the woman is found dead, and now Ty must protect the little girl while trying to find out who’s behind her mother’s murder. Bell builds on the numerous strengths of the first novel, firmly positioning Buchanan as a strong series lead and once again telling a story that is equal parts crime drama and human emotion.

"Haunted by chilling memories of demonic possession and murder, Moira O’Donnell has spent seven years hunting down her mother, Fiona, whose command of black magic has granted her unprecedented control of the underworld. Now Moira’s global search has led her to a small California town that’s about to become hell on earth.


Tormented by his own terrifying past and driven by powers he can’t explain, ex-seminarian Rafe Cooper joins Moira’s dangerous quest. But Fiona is one devilish step ahead. Hungry for greater power, eternal youth, and stunning beauty, the sorceress is unleashing upon the mortal world the living incarnations of the Seven Deadly Sins.

Together with a demonologist, a tough female sheriff, and a pair of star-crossed teenagers, Moira and Rafe are humanity’s last chance to snatch salvation from the howling jaws of damnation. 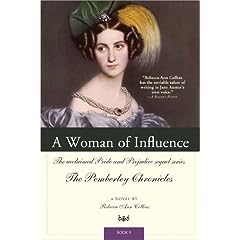 A Woman of Influence by Rebecca Ann Collins (publicist contact)

"Acclaimed author Rebecca Ann Collins once again turns to the rich tapestry of Pride and Prejudice, moving the beloved characters forward and introducing new characters into a complex social history of an evolving period in English history. Contrary, opinionated, and headstrong, Becky Collins—daughter of Charlotte Lucas and Mr. Collins—has always defied her staid upbringing with a determination not to submit to the pressures of Victorian domesticity and class distinction. She marries Anthony Tate, a man of wealth and power, believing it will enhance her opportunities to make something significant of a hitherto ordinary life, but quickly discovers that it brings her neither happiness nor contentment. Becky's story is a glimpse behind the scenes of the complicated struggles that often lay behind the seemingly calm exterior of Victorian womanhood. A Cottage by the Sea by Ciji Ware (publicist contact)

But after a scandalous Hollywood divorce, Blythe Stowe considered it damage control for body and soul. The pain, the humiliation, the daily tabloids shouting details as her famous husband dumped her for her own sister demanded a serious getaway: to the wild coast of Cornwall and a cottage by the sea that her Wyoming grandmother claimed had been home to her ancestors.

But Blythe encountered more than just a quaint retreat nestled amid vivid skies and gorgeous ocean. And she had the odd sensation that her wickedly handsome neighbor Lucas Teague was more than a British gentleman going broke. He might be her destiny . . .

"When all-star pitcher and shape-shifter Jason Falco buys a small apartment building, he sees it not only as an investment but as a place to escape the demands of major league baseball. That is, until he meets his tenants— a sarcastic unemployed crime-fighter vampire; a wereraven with a morbid sense of humor; a super-friendly salesman werewolf; and two witches with an owl who work as phone sex actresses. Not to mention a beautiful, all-too-human nurse. But with all the hooting, howling, and hollering going on, how's an all-American shapeshifter supposed to sweep a girl off her feet?

"Marine biologist Cassie Boulton likes her coffee with cream and her literature with happy endings. Her favorite book is Pride and Prejudice, but Cassie has no patience when a modern-day Mr. Darcy appears in her lab. Silent and aloof, Calder Westing III doesn’t seem to offer anything but a famous family name… But there is more to Calder than meets the eye, and he can’t get enough of Cassie Boulton. Especially after one passionate night by the sea. But Cassie keeps her distance. Frustrated by Cassie’s evasions, Calder tells her about his feelings the only way she’ll let him—by rewriting her favorite book, with the two of them in the roles of Mr. Darcy and Elizabeth Bennet. But it’s up to Cassie to supply the ending...

Nice books! Cottage by the Sea captivated me!

Nice list - Cottage by the Sea was in a lot of mailboxes last week! Enjoy all the books.

Nice loot! The Crawford feud I bet is great!

I so want to read Cottage by the Sea and The Man Who Loved Pride and Prejudice. Enjoy all your new books!

The Davis/Crawfor book looks fantastic. Whatever Happened to Baby Jane scared me to no end.

Enjoy all your new books.

You got some terrific looking books this week. I love the cover of Cottage By the Sea, Enjoy them all.

What a lovely batch of books! I'm drooling over them, especially the Bette Davis/Joan Crawford one. I can't wait to hear what you think of it.

My mailbox haul is here.

Great books. Happy reading. My mailbox is at The Crowded Leaf.

Want to enter my Book Lover's Basket Giveaway?? It would help my family a ton in the long run too!!

I'm delighted to hear that you received Srange Neighbors in your mailbox. I hope it makes you smile.

No more hints other than that! (wink)

OMG - I LOVE your blog!!! It completely rocks! Thank you for stopping by mine so that I could trace you back to it!

Great books in your mailbox! I have Try Darkness and am anxious to read it.

Wow I love your blog!

Cottage By the Sea has a cool cover.