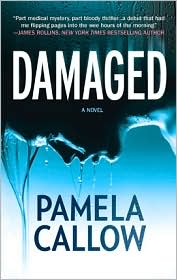 "Haunted by the death of her sister and wounded by her ex-fiancé's accusations, Kate Lange throws herself into her new career at a high-powered law firm.  When the grandmother of a lonely private school student seeks her counsel, Kate thinks it's just another custody case. But then the teen is brutally murdered. And it isn't only Kate who wonders if her legal advice led to the girl's death.  Put on notice by Randall Barrett, the firm's charismatic managing partner, Kate must fight for her career, for her reputation—and for redemption.

Unwilling to live with the damage she may have caused, Kate pursues the case on her own and unearths some chilling facts.  Facts that lead straight to the heart of a legal conspiracy.  Facts that lead Kate directly into the surgically skilled hands of the Body Butcher." (from Barnes & Noble)

In the Arms of Mr. Darcy by Sharon Lathan (publicist contact)

"Sweet and romantic Pride and Prejudice continuation from bestselling author with a growing audience.  This lushly romantic and historically fascinating story is filled with lavish details of Regency customs and social events including Elizabeth's presentation to the Prince Regent, Georgiana's debut at the exclusive Almack's Assembly, and the Darcys' travels through the dramatic Peak District of Derbyshire. Romance finds nearly everyone as confirmed bachelor Richard Fitzwilliam sets his sights on the seemingly unattainable Lady Fotherby, Georgiana Darcy learns to flirt, the very serious Kitty Bennet develops her first crush, and Caroline Bingley meets her match. Through it all, Elizabeth and Darcy are kept busy helping friends and family navigate true love's inevitably rocky course." (from Amazon)

"Bestselling author with a brand new installment in the groundbreaking Pride and Prejudice Variations series!  In this Pride and Prejudice variation, Elizabeth is called away before Darcy proposes for the first time and Darcy decides to find a more suitable wife. But when Darcy encounters Elizabeth living in London after the death of her father, he can't fight his desire to see and speak with her again...and again and again. But now that her circumstances have made her even more unsuitable, will Darcy be able to let go of all his long held pride to marry a woman who, though she is beneath his station, is the only woman capable of winning his heart?"  (from Amazon)

You got some good ones here. Love the Jane Austen spin-offs. I really want to read Damaged. Just entered Marcia's giveaway...maybe I'll win!