Mailbox Monday is the gathering place for readers to share the books that came into their house during the previous week. Warning: Mailbox Monday can lead to envy, toppling TBR piles and humongous wish lists! Mailbox Monday, which was started by Marcia at The Printed Page, is on blog tour—and Avis at she reads and reads is hosting during the month of October.


First up is The Perfect Bride for Mr. Darcy by Mary Lydon Simonsen, which I received from Sourcebooks Publishing for review.

SYNOPSIS:  Darcy and Elizabeth resist others' matchmaking plans in this lively Pride and Prejudice retelling!


Convinced that the lovely Elizabeth Bennet is her brother's soul mate, Georgiana Darcy enlists her clever and not at all snobbish cousin Anne de Bourgh in ensuring that pride and prejudice aren't able to keep these two hearts apart. All is going according to plan until Lydia Bennet brings scandal on the family by eloping with George Wickham, and Darcy is called away from Elizabeth's side before he has a chance to propose. It will take all Georgiana and Anne's considerable matchmaking talents to ensure that Elizabeth and Darcy are reunited in time to claim their happily ever after.

Next is The Black Chronicles: Cry of the Fallen by Joel M. Andre, which I received from Pump Up Your Book Promotions and the author for a blog tour and review.

SYNOPSIS: On a warm summer afternoon in Northern Arizona, a double homicide stains the ground with blood. Detectives are called out to handle the investigation, each plagued with their own internal demons, and aren't prepared for what they are about to find.


Detective Lauren Bruni, faces a world of darkness and evil, as a demonic force begins to leash an attack on a small town. As the stakes begin to rise, so does the stunning truth, that not even Lauren can imagine.

In a world where her life had started to fall apart, she must pick up the pieces and push forward in an effort to save those that she loves the most.

Joel M. Andre takes the horror genre and pushes the boundaries in a tale full of suspense, dark comedy and genuine horror.

Next is Regression by Kathy Bell, which I received from Pump Up Your Book Promotions and the author for a blog tour and review.

SYNOPSIS:  Adya Jordan must choose her future: rejoin the family she adores or save the world. She can't do both.

Stay-at-home mom with strange genes, Adya finds herself fourteen again and hopes to recapture her former life. When she discovers a team of scientists are re-writing history, using the omnipotent Three Eleven Corporation as a front for their operations, she is inexorably drawn into the winds of change. Banished to Northern Canada for asking too many questions of CEO Abraham Fairfield, Adya finds geneticist Peter Merten interested in more than just her genes as they try to decipher the meaning of her presence in this new timeline.

Must Adya Jordan sacrifice her family, and possibly her life, to save the planet?

Next up is The Girl in the Lighthouse and its sequel All That is Beautiful by Roxane Tepfer Sanford, that I purchased through Barnes & Noble. 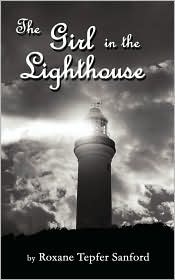 SYNOPSIS:  From the time Lillian Arrington was born in 1862, she lived an isolated life on a remote lighthouse station with her father Garrett and her young mother Amelia. But Lillian has wishes and dreams far beyond her years.

When her father is transferred to a new station, Lillian is anxious to meet the assistant keepers and their two sons, Heath and Ayden. She had never met children her own age, had playmates, or made a friend.

Heath, the handsome teenage boy who desires to become a doctor someday, welcomes Lillian. However, his younger brother, Ayden, doesn't like her and she struggles to win him over. Before long, a secret bond between the three is forged and to Lillian's delight, they become close friends.

After so many years, Lillian's childhood is beginning to resemble that of a normal girl. No longer is she lonely and isolated from the rest of the world by over-protective parents. Instead, she experiences new adventures, attends school, and falls in love for the first time.

However, her glorious days on Jasper Island are short-lived as her beautiful young mother begins a tragic descent into insanity and passes away. Lillian is left in the care of her sinister grandmother Eugenia Arrington, who, since the end of the Civil War, continues to steadfastly hold onto the once glorious Georgia plantation known as Sutton Hall. It is there that the immoral secrets of Lillian's parents are revealed, and she is left to pick up the pieces of her scandalous past, and somehow, find her long way home.

SYNOPSIS:  "What little faith remained-the tiny ounce protectively stored somewhere deep down in my soul-I would reach in and find, just to bring me back to the only place I would ever feel whole again." It is the year 1878, and at last, Lillian, now a young woman, is free from the prison called Sutton Hall and the evil grandmother who ruled. After years locked away far from her beloved lighthouse on Jasper Island, she finds her only escape through sheer luck and the generosity of one man, Richard Parker, an aspiring commercial illustrator. Though Lillian is shamed by the sins of her parents and the unspeakable act committed by Warren Stone, she entrusts her life to the charismatic, though married, Richard, until it is safe to return home. However life, as unpredictable as the sea, has other plans for Lillian. Not long after leaving, she is caught up in an adult world of money, greed, drugs, and sinful pleasures, turning her life upside down once again. It is only when Lillian discovers the shocking truth to Richard's cruel years of deception that she finally returns to her lighthouse, desperate to recapture her lost years, and most of all, lost love. But fate has one more devastating surprise in store, leaving Lillian with incomprehensible choices, and ultimately, tearing her beautiful new world apart.

I also received Kiss At Your Own Risk by Stephanie Rowe, which I received from Sourcebooks Publishing for review.

SYNOPSIS: Trinity Harpswell is a cursed Black Widow-death and mayhem are all part of the job description. If she can manage to go just one more week without accidentally killing someone, she'll break this killer curse and put her Black Widow days behind her. When sexy Blaine Underhill III shows up at her door and asks for her help rescuing his friend from the clutches of Death's evil grandma, Trinity gets pulled into a daring high stakes adventure. As Blaine and Trinity join forces to take down a series of underworld assassins, they may just learn that love is the deadliest game of all.


And lastly, but  not leastly, is Yours For the Taking by Robin Kaye, which I received from Sourcebooks Publishing for review.

SYNOPSIS:  Gina is convinced that he is either gay... or her perfect match.

Administrative assistant Gina accepts a marriage of convenience with gallery owner Ben Walsh so she can get out of debt. Besides, with his beautiful apartment, art collection, and impressive culinary skills, Gina's convinced the sexy bachelor is gay. Ben needs to be married before the year is out to prevent his grandfather from selling his inheritance, so he takes Gina to meet his grandfather in Idaho-or, as the city girl refers to it, Hell on Earth. But there Gina realizes Ben's every bit a hot, straight man, and Ben begins to think a real marriage with Gina just might be possible after all...


That is my Mailbox Monday!  As you can see, my postman had a busy week.

Great mailbox, Lori! Yours For The Taking sounds darling.

I really want to read The Perfect Bride for Mr. Darcy. I've seen it in several places today. Enjoy!!

Wow, you received quite an interesting mix!

Natalie (Id So Rather Be Reading) said...

Wow! Anything with Mr Darcy in the title sounds good to me :).

I never got to thank you for posting that sweet note about Kelli's review of Unwind... so a big THANK YOU!

Thanks for stopping by Blog O'The Irish.. you have some interesting choices today!!

I also received Simonsen's book and am looking forward to it. Nice haul. Enjoy your books :)