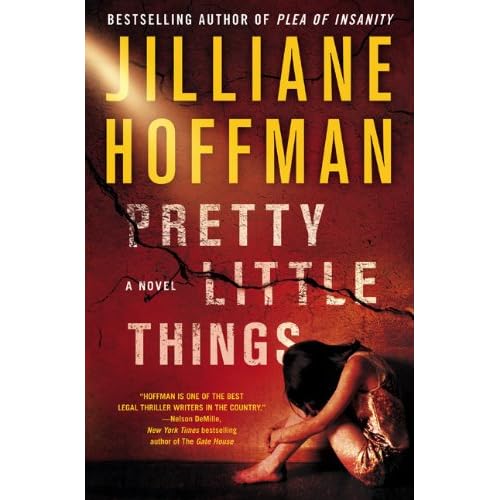 Description:  Thirteen-year-old Lainey Emerson is the middle child in a home police are already familiar with: her mother works too much and her stepfather favors his own blood over another man’s problems—namely Lainey and her wild older sister, Liza. So when Lainey does not come home from a Friday night out with her friends, it is dismissed by the Coral Springs P.D. as just another disillusioned South Florida teen running away from suburban drama and an unhappy home life.

But FDLE Special Agent Bobby Dees, who has headed up the Department’s difficult Crimes Against Children (CAC) Squad in Miami for more than a decade, is not quite so sure. Nicknamed “The Shepherd” by colleagues, he has an uncanny ability to find the missing and bring them back home— dead or alive. Haunted by the still-unsolved disappearance of his own daughter, Bobby recognizes the all too familiar up-swell inside him, the gut feeling that Lainey Emerson is no runaway. A search of her computer and a talk with her best friend reveal Lainey was involved in a secret internet relationship, spawned over a chat room, and nurtured through untraceable instant messages. Bobby fears she may be the victim of an online predator, and when chilling hand-painted portraits of other possible victims are mailed to a local television station, he realizes she may not be the only one.


The faceless monster from cyberspace, who has gone to remarkable lengths to stay invisible, now seeks a captive audience. And it is Bobby Dees he wants watching. Can Bobby win this deadly game of cat and mouse, one involving the most prolific killer he has ever encountered? And will he be able to save Lainey and the others before it is too late?

I read Jilliane Hoffman's Retribution several years ago, found the book engrossing enough to mentally put Ms. Hoffman on my "must read" list but somehow have missed picking up any of her follow up books until I was sent Pretty Little Things.  Ms. Hoffman, herself the parent of teens, takes a timely and concerning subject in internet preying and runs with it.

In the book, I liked the character of detective Bobby Dees the best.  He was written as a complex cop, with many layers of depth, but without being a stereotype, which many characters of  this type fall victim to.  I appreciated his back story and, honestly, would enjoy having more books devoted to him.  Here's hoping that Ms. Hoffman will feature him in a future book.

The character of Lainey was realistic, acting as a teen girl would, complete with the self esteem issues present with most teen girls.  As a parent, it was frightening to read of Lainey unknowingly setting herself up as the perfect victim for such a predator, thinking she was talking to a teen boy who was interested in a date with her when she was in fact speaking with a maniuplator finessing her into leaving the relative security of her home.

The mystery was a good one, leaving me guessing until the end - - nothing frustrates me more with mysteries and thrillers than figuring it all out too soon.  Well, that and heroes/heroines that do crazy, unrealistic things simply for the purpose of moving the plot forward.  The killer was appropriately creepy, with Ms. Hoffman providing enough details to visualize the killer without giving away his identity.

As much as I enjoyed Bobby Dees, I was let down with the almost tidy resolution at the end of the book.  Call me a pessimist but I found the trauma to add layers of depth to his character and his relationship and felt it could have continued unresolved.  It didn't change the overall feel of the book or my satisfaction with the story but it did let me down  at the resolution.

In all, I enjoyed Pretty Little Things and the story kept me guessing and flipping the pages.  I would not hesitate to recommend it, and Jilliane Hoffman, to mystery and thriller lovers.

Pretty Little Things is available for purchase now at major booksellers, including Amazon. I am an Amazon affiliate. If you make a purchase through my link, I will receive a small commission.

Review copy of this book provided by the publisher in exchange for a fair and honest review. In no way did the provision of the book affect the outcome of my review.

This book qualifies toward my Thriller & Suspense Reading Challenge.

I have this one on my Wishlist, it sounds really good.

You are the same as me. I read Retribution years ago too and loved it (though terrifying) and I always meant to pick up her others. Oh wait...I think i read the second done.....no, wait...i don't even remember now BUT I saw this new one at the bookstore and realized a lot of time has passed since I've read her.
I'm glad I read your review!!

Juju and Marce -
This is a good book and will keep you up late into the evening!

Michelle -
YES! I remember "the scene" in Retribution, it made my skin crawl. The killer in that one was truly creepy. I almost want to reread it now and read the sequel, since I haven't picked that one up yet. Never enough time to read everything I'd like!