The first item I received was The Werewolf Upstairs by Ashlyn Chase, which I received from Sourcebooks for review. 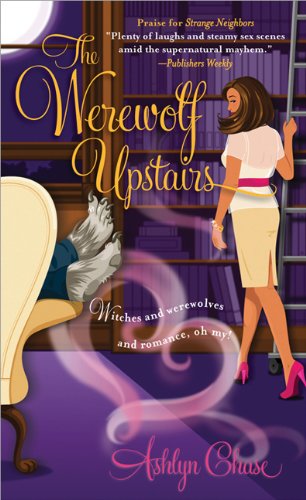 SYNOPSIS:  Desperate for change, public defender Roz Wells decides moving into a new apartment is just what she needs to shake things up. But she'll get more than she bargained for when she starts dating the drop dead gorgeous boy next door, who just happens to be a shape-shifter...and quite possibly a criminal. Security salesman Konrad Wolfensen has made a living staging break-ins to spook people into buying his security system, but when he's accused of a much more serious crime, he'll have to enlist the help of his sexy new neighbor/girlfriend to keep his cute, slightly wild rear end out of jail.


The second book I received last week was Blood of My Brother by James Lepore, which I received from the publicist for review.

SYNOPSIS:  When Jay Cassio’s best friend is murdered in a job clearly done by professionals, the walls that he has built to protect himself from the world of others begin to shatter. Dan Del Colliano had been his confidante and protector since the men were children on the savage streets of Newark, New Jersey. When Dan supports and revives Jay after Jay’s parents die in a plane crash, their bond deepens to something beyond brotherhood, beyond blood. Now Jay, a successful lawyer, must find out why Dan died and find a way to seek justice for his murder.

Isabel Perez has lived a life both tainted and charmed since she was a teenager in Mexico. She holds powerful sway over men and has even more powerful alliances with people no one should ever try to cross. She desperately wants her freedom from the chains these people have placed on her. When Jay catapults into her world, their connection is electric, their alliance is lethal, and their future is anything but certain.


That is my Mailbox Monday. What goodies arrived in your mailbox last week?

I do love a good werewolf story :)
happy reading

Both of these books look fun and sexy! Enjoy the reads!

The name of your blog made me laugh, I love it. Both of these books look like great reads - enjoy!

Blood of my Brother looks good.