Review of "Regression" by Kathy Bell 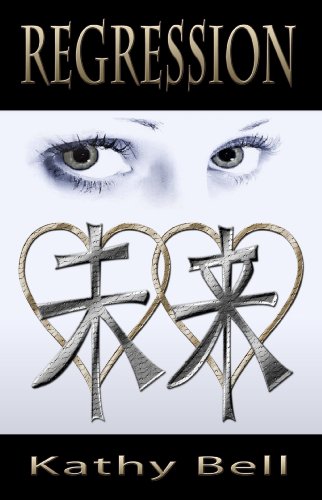 Book Description:  Fourteen-year-old Adya Jordan swears that before her head injury she was a forty-year-old mother of six. Is she going crazy, or did she really live through an entirely different life? 1985 is nothing like she remembers, although her first day of high school certainly is! A typical girl with atypical genes, Adya tries to recapture her old life, hiding her growing conviction that she has done this before. Memories of the man she loved and a family she adored haunt her, even though her future husband doesn't even know she exists. Accidentally discovering the secretive Three Eleven Corporation might know more about her situation than she does, she is convinced the twenty-eight men heading up the company are responsible for the changes in her world. Adya finds her way into their ranks, journeying to the tropical island headquarters to begin an orientation into their prestigious internship program. The Three Eleven Company controls the development and distribution of Twenty-first Century technology brought with them from the future. Charged with the task of preparing the world for an impending disaster, each member of the team uses his scientific background to create a solution for a problem the planet does not know it is facing. They don't have time to deal with a feisty young girl poking around. Banished to the frozen Canadian Shield for asking too many questions of CEO Abraham Fairfield, Adya finds the men in the underground city of Sanctum are interested in more than just her genes as they search for the answer to her presence in the timeline. In the end, Adya encounters a choice no mother should ever face: save her children...or everyone else.  (from Amazon)

As a reader who finds both time travel and alternate realities fascinating, Regression fit my literary bill with an absolutely fantastic (and slightly unnerving) premise.  The original idea explored by author Kathy Bell did not disappoint and I was thrilled with the idea of the forty year old central character awakening in a hospital in 1985, as a 14 year old.  You see, I too was a teen of the 1980s and I rapidly flipped through the pages, hoping to find references to that decade of excess that would make me grin and laugh and think "I remember that!"

This is where Ms. Bell threw her first curve ball.  The 1980s aren't totally as I (or central character Adya) remember them.  Instead of the video game/television/me-me-me overload, the world has become a more utopian society.  Technology has advanced by twenty years and once devastating diseases such as AIDS have been eradicated or supremely controlled, with the superhuman Three Eleven Corporation controlling much of the world's progress and employing some of the greatest, once individual, minds.

I was impressed by the alternate past and the revised future and believe it's one of Regression's strongest points.  However, I felt the book lost some steam and began to flounder after the first half.  Regression is steeped in genetics and scientific study and by the second half of the book, I found some of the references almost overwhelming, as if I was back in high school or college classes.  For a lover of science and physics, this may not be an issue but for this reader it became somewhat taxing.  Additionally, there was an event about forty pages into the book that was a major deviation from her original timeline that was life changing in every aspect and yet I felt the occurrence was rushed and neither the author nor Adya gave the event the appropriate reaction.

The character of Adya also began to lose me as the book progressed.  I wanted to like her character but in general I found her grating and borderline annoying.  For someone who began a day as a mother of six only to awaken as a teenager she seemed to have very little difficulties or emotional conflict.  I do understand that while physically she was a teenager, she still retained the mind and memories of her adult self but I would have appreciated more inner and external struggle at having to relive what can be some of the most difficult years of life.  Rather than being confused and humbled, Adya came across as self-righteous, superior and all knowing.  Furthermore, nearly every male crossing Adya's path instantly and inexplicably fell in love with her, even if they were physically adults and she remained (physically) a teenager.  Mental adult or not, I found it disturbing and creepy. It also reinforced my opinion that Adya was an unrelatable and unpleasant character.


I also found a few supporting characters lacking in full development which is a shame as it could have been a fertile ground for harvesting and I would rather have learned more about them rather than the continual fluffing of Adya.

I found the grammatical and typographical errors throughout the book distracting although I will admit that I am a grammatical and spelling snob and readers who aren't as particular about these things may not find them a hindrance.  Some of the dialogue felt a bit forced but I can chalk part of that up to the fact that this is Ms. Bell's first book and I hope that subsequent works by the author will be more fluid.

As a reader beware, Regression is the first book in a trilogy and would not be fully satisfying as a stand alone book as the conclusion leaves many questions unanswered.

Overall, while Regression didn't fully measure up to the high hopes I held for it, the story was appealing enough to keep me motivated in turning the pages until the end and most sci-fi readers will thrill with the time travel/apocalypse/alternate reality aspects and author Kathy Bell does hold promise as an entertaining storyteller.

Regression is available for purchase now at major booksellers, including Amazon.  I am an Amazon affiliate. If you make a purchase through my link, I will receive a small commission.


Regression counts toward my progress in the Thriller & Suspense Reading Challenge.

Thanks to Dorothy Thompson at Pump Up Your Book Promotion for the opportunity to participate in this blog tour.

Nice review of this one. The premise does sound good, but as for the actual writing, I just do not know

I have this one on my wishlist. I do appreciate your honest review, as it lets me know more of what to expect!

I haven't heard of this one, I'm intrigued.

I am reading this next for my review next week and interview. You are right it sounds very interesting and I am hoping that I enjoy it. Great review!