Today I have the honor of welcoming Susanna Kearsley, author of the atmospheric historical fiction The Winter Sea, to Psychotic State Book Reviews.  Welcome, Susanna!

I asked her to share with us what her inspiration for The Winter Sea was. 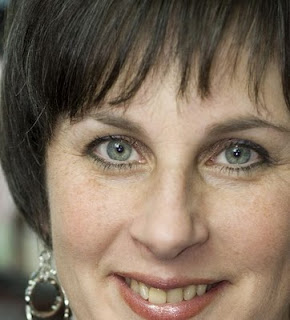 My Inspiration for The Winter Sea
by Susanna Kearsley
Thanks for inviting me here, Lori. You’ll have to forgive me if I ramble on a bit in my answer to your question, but the inspiration for my novels never seems to come from just one source. Usually a few things happen separately that somehow come together in my mind, like atoms connecting to form a new molecule.

In the case of The Winter Sea, the first thing happened nearly twenty years ago, when I was browsing in a favorite bookstore in Toronto and I came across a non-fiction book called Playing the Scottish Card, by historian John S. Gibson, all about the Franco-Jacobite invasion attempt of 1708. I’d never heard about this little bit of history, and since Scotland and the Jacobites are one of my “things,” I bought the book and took it home to add to my TBR pile. 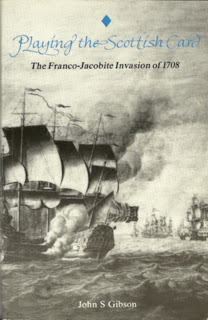 Around that same time, I went backpacking through England and France with a friend, and while staying at a B&B in Cornwall I got chatting with our landlady, who’d moved there from the other side of England because, when she first came down to Cornwall, she felt she “belonged” there. Later on, she’d learned that one of her own ancestors had come from very close to where she now lived, on the Cornish coast, and that set off an interesting train of conversation, as we drank our tea and talked about the concept of genetic memory.

Fast forward fifteen years or so. I finally took the book by Mr. Gibson down and read it, and was fascinated by the whole adventure and the reasons it had failed. And one day while I was reading it, I happened to be talking to my father on the phone, and we were talking about the book that I’d just finished writing, Every Secret Thing, which was a thriller with a body count that made my father sigh and say, “I wish one day you’d write another book like Mariana.”

And the moment that he spoke the words, the atoms came together. Mariana is the story, told in two times, of a woman who buys an old house in the English countryside and finds her own life getting tangled up with the life of a woman who lived there in the 17th century. So that particular atom – the dual-time story structure – came together all at once with the idea of genetic memory and the story of the Jacobite intrigues in northeast Scotland, and just like that, I had my inspiration for The Winter Sea.

It needed all three parts to make it happen…but I like to let my father take the credit.


THE WINTER SEA BY SUSANNA KEARSLEY – IN STORES DECEMBER 2010 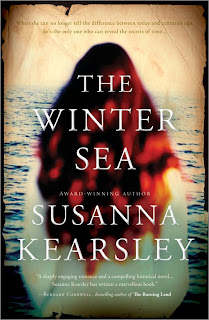 History has all but forgotten…

In the spring of 1708, an invading Jacobite fleet of French and Scottish soldiers nearly succeeded in landing the exiled James Stewart in Scotland to reclaim his crown.

Now, Carrie McClelland hopes to turn that story into her next bestselling novel. Settling herself in the shadow of Slains Castle, she creates a heroine named for one of her own ancestors and starts to write.

But when she discovers her novel is more fact than fiction, Carrie wonders if she might be dealing with ancestral memory, making her the only living person who knows the truth—the ultimate betrayal—that happened all those years ago, and that knowledge comes very close to destroying her…

After studying politics and international development at University, Susanna Kearsley worked as a museum curator before turning her hand to writing. Winner of the UK’s Catherine Cookson Fiction prize, Susanna Kearsley’s writing has been compared to Mary Stewart, Daphne DuMaurier, and Diana Gabaldon. Her books have been translated into several languages, selected for the Mystery Guild, condensed for Reader's Digest, and optioned for film. The Winter Sea was a finalist for both a RITA award and the UK's Romantic Novel of the Year Award, and is a nominee for Best Historical Fiction in the RT Book Reviews Reviewers Choice Awards. She lives in Canada, near the shores of Lake Ontario. For more information, please visit http://www.susannakearsley.com/.


And now for a GIVEAWAY!  The lovely Danielle Jackson at Sourcebooks has offered a brand new copy of The Winter Sea to TWO lucky readers!   If you love historical fiction books, especially those with dual time storylines, you don't want to miss out!

To enter, simply leave me a comment with your email address and let me know what inspires you to write (if you're a writer) or read.

I love to write and to read.  Reading wise, my first criteria is the storyline - - does it intrigue me?  Is it something I have interest in?  Does reading the description on the book jacket cause me to shut out everything else around me?  And on a purely shallow note, if the book itself is particularly gorgeous or stunning, that may garner a read from me.

Writing wise, I can get inspired by snippets of conversation I overhear, a story on the news or recalling a dream, as well as hearing a particular piece of music or even being in the shower (I have long said I do my best thinking in the shower sometimes).

U.S. and Canada only (my apologies to our overseas friends) and no P.O. boxes.

NO EMAIL ADDRESS WITH YOUR ENTRY = NO ENTRY!

What inspires me to read, is the excitement of the creativity brough out by each writer. You can sense the passion underlying each word, one's hard work and determination. I really enjoy reading! hehe :)

I love to read historical fiction it intrigues me to know of the past it's like an itch I can't scratch until I start reading. nancysoffice at gmail dot com

I don't have to be inspired to read because I love it so much and if I have a good book waiting to be read, I can find the time!

A good fire and a hot cup of tea and throw are all I need to inspire me to read. Oh and my big 'ol chair.
debijo4545 at aol dot com

I read a lot on my commute to and from work, I take a train and its my quiet time each way to turn out the comotion of everyone else and escape into the pages.
Ash579@comcast.net

Being totally wrapped up in a book is what inspires me to read.

I am inspired by the thought of a good night's sleep!

An author who has created a consistent world and in whose prose you can lose yourself is my inspiration to read.

I love to read most genres. I admire writers that make you feel as if you are in the story!

Nothing really inspires me to read, I have loved to read since I was a little girl. Being an army brat and moving all the time , I didn't have much of a chance to make a lot of friends so my books became my escape and friends.

This sounds like a great book and I love a copy to read.
I've always read...an silly fact..it's how my mom potty trained me...sitting there reading a book. I haven't written anything and am not sure I will, I'd love to, but am afraid I don't have the talent to pull it off, we'll see.
I was a bookseller/bookbuyer for around ten years and had to read everything so it really broadened my knowledge and love of most genres. Now I read for a publisher and comment on books for them, plus I read because I love it.
Pleas enter me in the contest. I'd love to read this book.
Thanks!
Jan Warner-Poole
jwpoole51@yahoo.com

I'm not a writer, though I've dabbled. I am a reader/editor. I love to explore new stories so that I can expand my tastes, and get lost in an alternate life; the ultimate escapism. I have read several lovely HF books, and really enjoyed them. If I am a winner of this book, I will add it to my reading challenge list for the Historical Tour de Genre hosted by http://bitsybling.blogspot.com. Hope I win!

I love to read but what makes me want to read a specific book? I'm ashamed to say I'm shallow enough that the first thing could be the cover. I'm drawn to the very beautiful to the mysterious and everything in between. Then comes the story and characters. I have to have a plot that makes me want to keep flipping pages to find out what happens and not go back to whatever is making demands in "real life." None of that matters if the characters are so shallow or written so poorly that you couldn't give flea's ear what happens to them.

I'm just starting out with writing. I had to laugh about the shower comment because I have run out of the shower asking for a notebook because the perfect idea came for me for a piece of dialogue. Right now my ideas come from everywhere - my dreams, my friends, my past...

I love this period in history and historical fiction in general. Thanks for the chance to win.