Wickedly Charming by Kristine Grayson from Sourcebooks for review.

SYNOPSIS:   Cinderella's Prince Charming is divorced and at a dead-end in his career, so he opens a bookstore and travels the land ordering books and discovering new authors. Still handsome and still charming, he has given up on women, royalty, and anything that smacks of a future.

Mellie is sick and tired of being called the Evil Stepmother. She did her best by her stepdaughter Snow White, but the girl resented her to no end and made all kinds of false accusations.

Awaken the Highland Warrior by Anita Clenney from Sourcebooks for review.

Sleeping Dogs Lie by Sharon Henegar from the author for review. 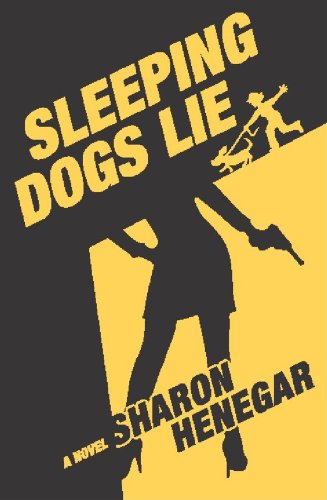 SYNOPSIS:  On a rainy October night, Louisa McGuire waits in the car while her friend Bob makes a dash into the grocery store. Soon he comes out again—but with him is a woman in a sleek red suit. She leads him to her Mercedes and they drive away. Has Louisa been ditched, or has Bob been kidnapped? She enlists the help of her cousin Kay, owner of an antique store, and two intrepid canines, Jack and Emily Ann, to follow the scant clues to find Bob. Find him they do—but when they learn who he really is, they find out that the stakes are high. Will they avoid being the next victims of a cold-blooded murderer?Funny, cozy and chilling by turns, Sleeping Dogs Lie is author Sharon Henegar's first novel and the beginning of the Willow Falls mystery series.


The Shepherd by Ethan Cross from the author for review. 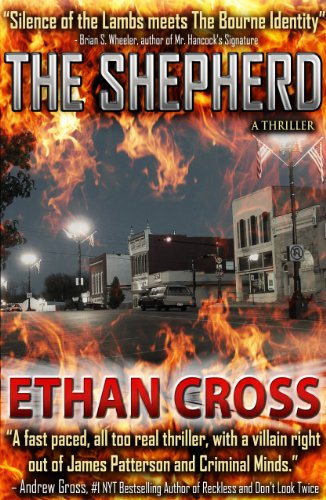 SYNOPSIS:  Marcus Williams and Francis Ackerman Jr. both have a talent for hurting people. Marcus, a former New York City homicide detective, uses his abilities to protect others, while Ackerman uses his gifts to inflict pain and suffering. When both men become unwilling pawns in a conspiracy that reaches to the highest levels of our government, Marcus finds himself in a deadly game of cat and mouse trapped between a twisted psychopath and a vigilante with seemingly unlimited resources. Aided by a rogue FBI agent and the vigilante's beautiful daughter -a woman with whom he's quickly falling in love- Marcus must expose the deadly political conspiracy and confront his past while hunting down one of the most cunning and ruthless killers in the world


World War Z by Max Brooks, a gift from a friend.

SYNOPSIS:    “The end was near.” —Voices from the Zombie War

The Zombie War came unthinkably close to eradicating humanity. Max Brooks, driven by the urgency of preserving the acid-etched first-hand experiences of the survivors from those apocalyptic years, traveled across the United States of America and throughout the world, from decimated cities that once teemed with upwards of thirty million souls to the most remote and inhospitable areas of the planet. He recorded the testimony of men, women, and sometimes children who came face-to-face with the living, or at least the undead, hell of that dreadful time. World War Z is the result. Never before have we had access to a document that so powerfully conveys the depth of fear and horror, and also the ineradicable spirit of resistance, that gripped human society through the plague years.

Ranging from the now infamous village of New Dachang in the United Federation of China, where the epidemiological trail began with the twelve-year-old Patient Zero, to the unnamed northern forests where untold numbers sought a terrible and temporary refuge in the cold, to the United States of Southern Africa, where the Redeker Plan provided hope for humanity at an unspeakable price, to the west-of-the-Rockies redoubt where the North American tide finally started to turn, this invaluable chronicle reflects the full scope and duration of the Zombie War.

Most of all, the book captures with haunting immediacy the human dimension of this epochal event. Facing the often raw and vivid nature of these personal accounts requires a degree of courage on the part of the reader, but the effort is invaluable because, as Mr. Brooks says in his introduction, “By excluding the human factor, aren’t we risking the kind of personal detachment from history that may, heaven forbid, lead us one day to repeat it? And in the end, isn’t the human factor the only true difference between us and the enemy we now refer to as ‘the living dead’?”


Pride and Prejudice and Zombies by Seth Grahame-Smith, a gift from a friend.

SYNOPSIS:  "It is a truth universally acknowledged that a zombie in possession of brains must be in want of more brains."

So begins Pride and Prejudice and Zombies, an expanded edition of the beloved Jane Austen novel featuring all-new scenes of bone-crunching zombie mayhem. As our story opens, a mysterious plague has fallen upon the quiet English village of Meryton and the dead are returning to life! Feisty heroine Elizabeth Bennet is determined to wipe out the zombie menace, but she's soon distracted by the arrival of the haughty and arrogant Mr. Darcy.

What ensues is a delightful comedy of manners with plenty of civilized sparring between the two young lovers and even more violent sparring on the blood-soaked battlefield as Elizabeth wages war against hordes of flesh-eating undead.

Can she vanquish the spawn of Satan? And overcome the social prejudices of the class-conscious landed gentry? Complete with romance, heartbreak, swordfights, cannibalism, and thousands of rotting corpses, Pride and Prejudice and Zombies transforms a masterpiece of world literature into something you'd actually want to read.


So that is my Valentine's Day Mailbox Monday.  What goodies arrived in your mailbox last week?