Mailbox Monday is the gathering place for readers to share the books that came into their house during the previous week. Warning: Mailbox Monday can lead to envy, toppling TBR piles and humongous wish lists! Mailbox Monday, which was started by Marcia at The Printed Page, is on blog tour—and Amy at Passages to the Past is hosting during the month of April.

Life After Forty by Dora Heldt from Amazon Vine for review 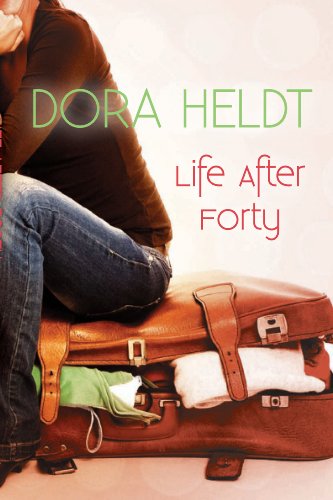 SYNOPSIS:  When Christine’s husband of ten years dumps her over the phone while she watches a Hugh Grant film she is sent spinning on a cathartic, self-medicated journey to the land of self-acceptance and self-reliance. Surrounded by her sister and a strong support group of friends, Christine learns how to deal with the horrors of dating, finding new appliances, and the exhilarating feeling of shopping without consequence.

An uproarious look at the suddenly single life of a divorcee, Dora Heldt’s first book to appear in English captures the zeitgeist of the new millennium with searing insight while never deigning to take itself too seriously. Sparkling dialogue and unforgettable characters create a vibrant world of sardonic, take-no-prisoners women who hold their own in a world geared toward acceptance of their younger selves. Not since Bridget Jones’ Diary or Sex in the City has anything like Life After Forty so accurately and thoroughly expressed the modern female point of view with such startling clarity. 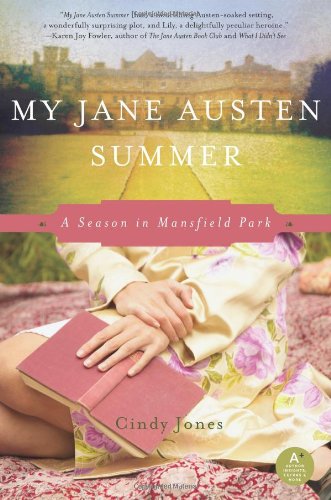 My Jane Austen Summer: A Season in Mansfield Park by Cindy Jones from Amazon Vine for review
SYNOPSIS:  Lily has squeezed herself into undersized relationships all her life, hoping one might grow as large as those found in the Jane Austen novels she loves. But lately her world is running out of places for her to fit. So when her bookish friend invites her to spend the summer at a Jane Austen literary festival in England, she jumps at the chance to reinvent herself.
There, among the rich, promising world of Mansfield Park reenactments, Lily finds people whose longing to live in a novel equals her own. But real-life problems have a way of following you wherever you go, and Lily's accompany her to England. Unless she can change her ways, she could face the fate of so many of Miss Austen's characters, destined to repeat the same mistakes over and over again.
My Jane Austen Summer explores how we fall in love, how we come to know ourselves better, and how it might be possible to change and be happier in the real world.
Publication Date:  March 29, 2011 I'm looking forward to your reviews of both books! Enjoy :)