Today I am happy and excited to welcome Susan Adriani, author of the newly published The Truth About Mr. Darcy, to Psychotic State Book Reviews. Welcome, Susan!

I asked Susan to share with me her thoughts on Wickham, the bad boy of Austen literature. 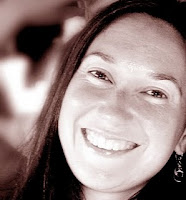 
What is it about Mr. Wickham that gets our blood pumping? Is it his handsome countenance? His boyish charm? His friendly manners? His regimentals? Or is it simply the fact that he's a bit of a reprobate? I can't speak for anyone else, but I have to confess, it's his rakish behavior and tendency toward seduction that pretty much draws me in every time.

George Wickham grew up at Pemberley, and was Darcy's former childhood friend. Old Mr. Darcy was fond of him, enough so to support his education, and grant him a living to ensure he would live as a gentleman. After Darcy's father died, though, Wickham declined the living in lieu of three-thousand pounds, professing an interest to study the law instead.

In his letter to Elizabeth Bennet Darcy states,

"In town I believe he chiefly lived, but his studying the law was a mere pretense, and being now free from all restraint, his life was a life of idleness and dissipation."

It appeared that the connection between the two men was now at an end, but three years later Wickham wrote to Darcy, claiming his circumstances to be very bad. In that same letter, he request that Darcy grant him the very living he had originally declined. Darcy refused him, and Wickham heaped abuse upon him, publicly as well as privately. It isn't until we read of Wickham's attempt to seduce Darcy's younger sister, Georgiana, however, that we truly gain an understanding of the depths to which he would sink in order to acquire a fortune. An inducement toward revenge may also have been an inducement to him, and, as Darcy confided to Elizabeth, "his revenge would have been complete indeed."

As readers, we can only speculate about the circumstances that must have transpired to make George Wickham the kind of man who would seduce an innocent young girl in the first place—or several, as we learn he's done after he leaves Brighton with Elizabeth's youngest sister in tow. But we can surely speculate, and that's always half the fun. One thing we do know for certain, though: he was jealous of Darcy, and his resentment led him to blame him for his own lack of fortune. In reality, Mr. Wickham had no one to blame but himself.

When I wrote The Truth About Mr. Darcy, I didn't purposely set out to make my version of Mr. Wickham more despicable than Jane Austen's, but he certainly turned out that way; and the more I tried to keep him on a tight leash, the more Mr. Wickham started to fight me. He quickly transformed from a bad boy to much more of a villain, much to my chagrin.

Rather than maligning Darcy's good character from afar, this Wickham was far more bold—openly taunting Darcy, rather than painstakingly avoiding him. It may have had something to do with the fact that Mr. Darcy, too, tended to be a little more impulsive in my story than he was in Pride and Prejudice. 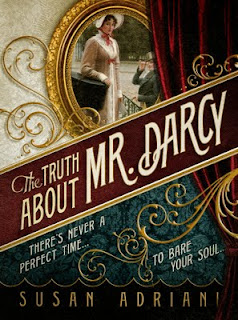 Here's a little peek at what my version of Mr. Wickham is like when he discovers Darcy admiring Elizabeth through a shop window in Meryton. I hope you enjoy it.

Left only with Mr. Collins for company, Darcy quietly slipped outside to wait for the ladies. To endure that insipid man’s addresses while watching him fawn over Elizabeth in such a fashion was insupportable. The morning was, in every way, a punishment to him. He could not believe he had voluntarily placed himself at the disposal of Lydia Bennet. What in God’s name is becoming of me? he demanded of himself in irritation.

It was then that he glimpsed Elizabeth through the shop window, and his breath caught in his throat. She was a vision of loveliness as she ran her fingers along a length of velvet ribbon the color of sunlight. She was so graceful and unassuming in her movements that he became completely entranced. He longed to discover how it would feel to have those fingers caress him with such exquisite tenderness. Unconsciously, Darcy raised one hand so it rested against the glass as his eyes continued to drink in her beauty. At that moment, he wanted desperately to open his heart to her, to take her in his arms—and to his bed—and never let her go. A cold, mocking voice invaded his wistful thoughts. “Shopping, Darcy?”

He spun around to see George Wickham’s insincere gaze leering in a most offensive manner at Elizabeth. Not trusting himself to speak, he fixed Wickham with a glare of pure loathing. Wickham was unperturbed. “I daresay Georgiana would enjoy having her for a sister, but who among us would not enjoy having her?” Wickham turned his eyes upon Darcy. “Come now, Darcy. Such coldness. Is this any way to greet an old friend?”

“You dare to call yourself my friend, Wickham?” he spat in a dangerous voice. Wickham laughed derisively. “Perhaps I was presumptuous. Old habits die hard, you know. Speaking of which, you were absent last evening from the Phillips’s. I was rather expecting to see you there, but I suppose the society in Hertfordshire does not agree with you, save for that of one.”

Darcy’s jaw set in a hard line as he struggled to contain his anger.

A malicious smile flickered across Wickham’s mouth, and their eyes locked in challenge. Wickham lowered his voice. “I had the good fortune of finding Miss Elizabeth Bennet without a proper escort and looking absolutely fetching. We had a very satisfying conversation, she and I, though I must confess I could not see any indication she returns your regard. But I suppose that is an inconsequential matter.”

Wickham turned his gaze back to Elizabeth. “All that beauty before you—all that temptation—and none of it waiting for you. Tell me, Darcy, how can you stand it? Her lush body, her coy smiles. It must drive you positively mad to be so denied… you, who have never been denied anything.” His voice was barely above a whisper. “Don’t you just long for once to damn propriety and take her? I daresay many men of far less consequence would be more than willing to pay a very heavy price to lay claim to such an exceptional creature, and indeed, I have no doubt Miss Elizabeth Bennet would make any man a most spirited conquest.”

Lori, thank you so much for having me as your guest blogger today, and to every one of you who read my post. It was an honor to be here, and great fun!

Thank you, Susan, for being here and for sharing your thoughts on the deliciously rakish Wickham.  What do you think, readers?  Was George Wickham a smooth seductor or a Regency era tool?  And is Wickham the worst Austen villian or does someone else take the cake?
Posted by Lori Johnston at Thursday, May 05, 2011

Hi Cynthia, and thank you so much! I sincerely hope you'll enjoy it once you get around to it. (I know that my ToBeRead List is about a mile long!) Have fun!