I am happy to welcome Laurel Ann Nattress, author of the newly released Jane Austen Made Me Do It, to Psychotic State Book Reviews for the first time.  Welcome aboard, Laurel Ann! 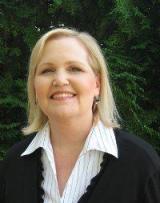 Jane Austen Goes Paranormal: (Or, making sport for our neighbors in Jane Austen Made Me Do It)

Hi Lori, what a thrill for me to be here at Psychotic State Book Reviews on Halloween during my Grand Tour of the blogosphere in celebration of the release of my new Austen-inspired anthology, Jane Austen Made Me Do It.

Since it is All Hallows Eve, (or the night before All Hallows Day), traditionally the one night of the year when the spirits of the dead return and supernatural beings wander the earth, I thought it quite appropriate to talk about Jane Austen! Jane Austen? Well yes. She can be classified as one of those classic authors like Anne Radcliffe, Daphne du Maurier, Elizabeth Gaskell and Georgette Heyer who wrote Gothic fiction. The exception to Austen is that she appropriately wrote a spoof on the genre. In her novel Northanger Abbey, her young heroine Catherine Morland is obsessed with Gothic novels, especially The Mysteries of Udolpho by Radcliffe, and is so impressed with the horrid tale that she begins to project malicious intent in the her new acquaintances the Tilney’s, and when she travels to their home Northanger Abbey as their guest, she hopes that it will be like the scary monasteries and castles so prominent in Gothic tales.

Her [Catherine Morland] passion for ancient edifices was next in degree to her passion for Henry Tilney – and castles and abbeys made usually the charm of those reveries which his image did not fill. To see and explore either the ramparts and keep of the one, or the cloisters of the other, had been for many weeks a darling wish, though to be more than the visitor of an hour had seemed too nearly impossible for desire. Northanger Abbey, Chapter 17

Recently other authors have been inspired by Jane Austen’s gentle poke at Gothic fiction by taking her fun with the genre one step further. In 2009 Pride and Prejudice and Zombies, a mash-up by Seth Grahme-Smith of Austen’s classic novel and bone crunching zombie mayhem, was the break-out hit of the year. Soon after, we began to see other paranormal stories incorporating “our dear Jane” and her characters in print. Bespelling Jane Austen is an anthology by four romance novelists: Mary Balogh, Colleen Gleason, Susan Krinard and Janet Mullany who were inspired by one of Austen’s novels to write a short story for the collection. But, it is Jane as a vampire that really pushes the envelope. The hilarious Jane Bites Back, by Michael Thomas Ford places the undead Austen watching as other authors make money off her while she searches for a publisher for next novel, and Janet Mullany’s Jane and the Damned imagines the “turned’ Austen struggling in the late eighteenth century to find a cure for her affliction while battling the invading French with her super powers. All, very creative derivatives of Austen and her novels, that she might raise an eyebrow at but laugh with all the same. “For what do we live, but to make sport for our neighbors and laugh at them in our turn?” Pride and Prejudice

Five of my authors in Jane Austen Made Me Do It embraced Austen’s witty humor and penchant for the Gothic and wrote paranormal stories for the anthology: Elizabeth Aston, Alexandra Potter, Myretta Robens, Laurie Viera Rigler and Lauren Willig. Here is a description of their stories:

“The Ghostwriter,” by Elizabeth Aston

Sara, obsessed with Pride and Prejudice, is jilted by Charles, who can’t compete with Mr. Darcy. His parting gift is a lock of Jane Austen’s hair. Sara wakes the next morning to find a strange woman sitting on the end of her bed. A figment of her imagination? No, it’s the astringent ghost of Jane Austen. On a mission to restore the reputation of forgotten Gothic author Clarissa Curstable, Jane Austen saves Sara’s career and brings Charles back before taking herself off into the ether, but there’s a price to pay, as the couple discover when they wake up to find another ghostly visitor at the end of the bed. It’s Jane’s friend, Clarissa – and she plans to stay.

“Me and Mr. Darcy, Again…,” by Alexandra Potter

Mr. Darcy is every woman’s fantasy. But what happens when he becomes one woman’s reality? In 2007 Emily traveled from New York to England to go on a Jane Austen-inspired literary tour. There she met and fell in love with Spike, an English journalist.
She also met Mr. Darcy… Or did she? She can never be sure if it really happened, or it was her over-active imagination. Now, four years later, she’s had a huge row with Spike and is back in London nursing a broken heart. And there’s only one person who can mend it. Mr. Darcy….

“The Mysterious Closet: A Tale,” by Myretta Robens

In the wake of her most recent failed relationship, Cathy Fullerton takes an extended vacation in a converted Abbey in Gloucestershire, England.  Ensconced in the Radcliffe Suite, a jet-lagged Cathy mistakes a walk-in closet for a Vaulted Chamber, a clothing rack for an Instrument of Torture and an accumulation of cobwebs for her True Love.

Well hidden from the ordinary world, in a little-known corner of jurisprudential hell known as the Court of Intolerable Stupidity, a legal drama of literary proportions unfolds. The plaintiff is none other than the most famous romantic hero of all time, Mr. Darcy. The defendants are the authors who dared write sequels, adaptations, and inspired-by’s of his Creator’s most beloved work, Pride and Prejudice. One of those works, whose author was tried and convicted in absentia, is so popular that its salacious swimming-in-the-lake scene has resulted in Darcy’s being forced to endure a perpetual state of shivering wetness in a transparent white shirt. For when Darcy’s adoring public isn’t throwing water on him, his umbrella breaks in the midst of a downpour. And now, between the zombies and the vampires, Darcy and his wife Elizabeth are at their wit’s end. So is defense attorney Fritz Williams, who not only fights a losing battle in a kangaroo court ruled by Darcy’s tyrannical aunt, the Honorable Lady Catherine de Bourgh, but also his secret infatuation with prosecuting attorney Tawny Wolfson. Who has her own secret: a hopeless addiction to the illegal miniseries that she is supposed to abhor.

“A Night at Northanger,” by Lauren Willig

Our heroine, Cate Cartwright, is part of the cast of “Ghost Trekkers”, currently filming at one of England’s most haunted homes, Northanger Abbey.  Naturally, Cate knows there’s no such thing as ghosts.  It’s all smoke and mirrors for the credulous who watch late night TV.  At least, that’s what she thinks… until she meets the shade of one Miss Jane Austen during one fateful night at Northanger.

I hope that readers find them as amusing to read as I did to edit.

Happy Gothic reading to all on this festive Halloween Day!

A life-long acolyte of Jane Austen, Laurel Ann Nattress is the author/editor of Austenprose.com a blog devoted to the oeuvre of her favorite author and the many books and movies that she has inspired. She is a life member of the Jane Austen Society of North America, a regular contributor to the PBS blog Remotely Connected and the Jane Austen Centre online magazine. An expatriate of southern California, Laurel Ann lives in a country cottage near Snohomish, Washington. Visit Laurel Ann at her blogs Austenprose.com and JaneAustenMadeMeDoIt.com, on Twitter as @Austenprose, and on Facebook as Laurel Ann Nattress.

Jane Austen Made Me Do It: Original Stories Inspired by Literature’s Most Astute Observer of the Human Heart, edited by Laurel Ann Nattress
Ballantine Books • ISBN: 978-0345524966 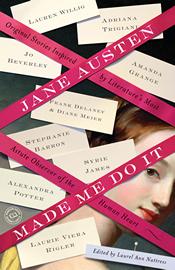 Giveaway of Jane Austen Made Me Do It

Enter a chance to win one copy of Jane Austen Made Me Do It by leaving a comment by 11:59 p.m. November 11, 2011 stating what intrigues you about reading an Austen-inspired short story anthology.

Winner to be drawn at random and announced on November 12, 2011.   Shipment to US and Canadian addresses only.

COMING SOON:  My review of Jane Austen Made Me Do It!
Posted by Lori Johnston at Monday, October 31, 2011

Email ThisBlogThis!Share to TwitterShare to FacebookShare to Pinterest
Labels: Jane Austen Made Me Do It, Laurel Ann Nattress

I like the idea of a short story anthology because it allows you access to so many authors at the same time- greeting those you are familiar with and acquainting yourself with those you aren't. In this instance, all these authors are writing about Jane Austen one of my favs.

Thanks for posting and for the giveaway opportunity.

I like anthologies like this because the authors nearly always bring a new slant to Austen's work.

I love anything Jane Austen and short stories I think is a really different approach. It should be quite interesting to read. Thanks for the giveaway!

I love anything related to Jane Austin. Books & movies, I love it all. She is by far my favorite writer!

I am one of Laurel Ann Nattress Twitter followers.

I find the whole concept absolutely hilarious! I would love to read this.

I love Jane Austen novels and think it is such a creative idea to incorporate short stories in with those original ideas! Basically I'm a huge book nerd so I'd excited to read it!
my email is:
mellabella10 at hotmail dot com

Carrie at In the Hammock Blog said...

I just want to revisit lots of Austen's great characters in the short story format! Thank you for the contest!!