Living on the streets with her destitute mother, selling knickknacks and trinkets just to survive, Sasha Porter dreams of someday having a normal life, with a real house and family. But she never dreamed a devastating tragedy would bring her those very things: on a stormy night by a rainspattered highway, a speeding car veers out of control, striking and killing her mother and badly injuring Sasha. 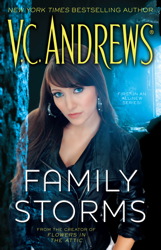 In the hospital, Sasha is whisked off to a fancy private suite at the request of wealthy Mrs. Jordan March, a complete stranger who keeps watch by Sasha’s bedside and insists she come live at her family’s sprawling, luxurious mansion. Sasha soon learns Mrs. March never recovered from the loss of her daughter Alena, and with nowhere else to go, Sasha agrees to use Alena’s room, sleep in her bed, and wear her clothes. But someone will make sure that Sasha never takes Alena’s place: a jealous sister dead set on making Sasha’s life a living hell. 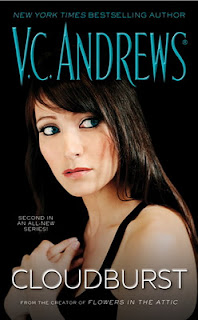 
Since being taken in by wealthy Mrs. Jordan March and living in her exquisite home like a daughter, Sasha Porter’s traumatic past—destitute on the streets, and the shattering accident that killed her mother—seems like a fading nightmare.  Beautiful and sophisticated, as bold and daring as her “sister,” Kiera March, Sasha still keeps her mother’s wise words close to her heart: never fully trust anyone.  Inside her privileged new world, it’s advice that will prove more precious than gold.

Against the wishes of Jordan’s husband, Donald, Sasha attracts the attention of Ryder Garfield, a shy, handsome athlete, and maneuvers her way into his heart.  But Ryder’s hidden torment soon explodes in a horrific tragedy that pulls Sasha into a flood of guilt and despair.  And when someone she thought she could trust targets her vulnerability, Sasha recalls her mother’s warnings—and a violent storm of dark deceptions and shocking family secrets is unleashed.  Will she sink or swim?

When I think back to my adolescence, V.C. Andrews always pops into my mind.  She was my absolute favorite author, with her Dollanganger/Flowers in the Attic series being the first set of books I became absolutely obsessed with.   I still remember the thrills and excitement of a new V.C. Andrews release and hurrying to the local B. Dalton (pre-Barnes & Noble and Amazon) to pick it up as quickly as I could and staying up late into the night to devour it.   Such were my emotions when I was asked to read and review Family Storms and  Cloudburst, the two entries in the new "Secrets" saga - - thrills, excitement and a flashback to my teen years.

For those readers not in the know, author V.C. Andrews passed away in 1986, leaving her family to hire a  writer to continue her legacy with outlines of future stories.  Sadly, those sketches left by Ms. Andrews seem to be long gone.

Perhaps it's unfair for me to rate these books against the Flowers in the Attic series - - my absolute favorites - - but I can't help but do so.  No one would accuse V.C. Andrews' writing of approaching Shakespearian levels; in fact, she was the late 70s/early 80s generation's Stephenie Meyers.  She was a storyteller of addictive proportions, creating absolutely unforgettable characters and giving her tales a creepy, gothic factor.  Family Secrets and Cloudburst fall short in this regard, although not for lack of potential.

The premise is good enough - - homeless young girl taken in by an obscenely wealthy family shrouded in secrets and with a young daughter who died tragically and a living daughter, spiraling out of control, who not only is responsible for the accident that placed Sasha in her family home and took her mother away from her but who deeply resents her.

I can't help but think if this book had been written and published 25-30 years ago, a deep dark secret would have been revealed about the younger daughter's death, one of the housekeepers might have been a Rebecca-esque Mrs. Danvers and perhaps Jordan Marsh may have literally tried to turn Sasha into her deceased daughter.  Alas, none of this came to pass.

Similarly, in Cloudburst, several interesting storyline opportunities were passed up or allowed to slowly peter out.    Characters that could have and should have been fleshed out were not; some issues were dragged out to nearly painful proportions.

Sasha was a confusing heroine for me.  I liked her better in Family Storms although her ignorance at times was confounding.  In Cloudburst she didn't seem like the best kind of friend and frankly, I couldn't understand how she kept the friends she had or why any of them would want to befriend her.  I wanted to like her more than I did but she was so frustrating at times that I wanted to pull at my own hair.

I was disappointed with the ending of Cloudburst, which felt more like a non-ending to me.  I waited for the trademark V.C. Andrews twists and turns and they simply were not forthcoming.  Also missing was the gothic feel so apparent in early Andrews works, like the Flowers in the Attic series and the stunning stand alone, My Sweet Audrina.

Purely cosmetic and shallow but I loved the covers from the earliest Andrews books - - they added to the stories and told tales of their own.  I don't particularly care for the more recent covers that feature simple photos.  They are rather dull and honestly, the model(s) on the covers look(s) much too old to be Sasha.

That said, these are still V.C. Andrews books and, as such, they make great vacation books, or a good book to curl up with on a cold and rainy day.  They won't be the filet mignon of your library but they are a quick fast food burger and will satisfy your literary cravings.

Family Storms and Cloudburst are available for purchase at major booksellers now, including Amazon.  I am an Amazon affiliate. If you make a purchase through my link, I will receive a small commission.

Review copy of this book provided by Simon and Schuster in exchange for a fair and honest review. In no way did the provision of the book affect the outcome of my review.

Thanks to the lovely Melissa Gramstad of Simon & Schuster, I have one copy of Cloudburst to give away to a lucky reader!

To enter, please leave me a comment and let me know what your favorite V.C. Andrews book or series is.

Winner to be drawn at random via randomizer.org.  Shipment to U.S. and Canadian addresses only.

Flowers in the attic!

I love the original Flowers In The Attic, though the movie version was horrible
pedidentalasst at yahoo dot com

Hello, My favorite series is her
"Dollanganger" Series...
Many thanks, Cindi
jchoppes[at]hotmail[dot]com

I am an email subscriber of yours!
Again, many thanks...
Cindi
jchoppes[at]hotmail[dot]com

I always have to go with Flowers in the Attic, probably because it was the first VC Andrews I read!