UNCLEAN SPIRITS (BOOK ONE):  In a world where magic walks and demons ride, you can't always play by the rules.

Jayné Heller thinks of herself as a realist, until she discovers reality isn't quite what she thought it was. When her uncle Eric is murdered, Jayné travels to Denver to settle his estate, only to learn that it's all hers -- and vaster than she ever imagined. And along with properties across the world and an inexhaustible fortune, Eric left her a legacy of a different kind: his unfinished business with a cabal of wizards known as the Invisible College.
Led by the ruthless Randolph Coin, the Invisible College harnesses demon spirits for their own ends of power and domination. Jayné finds it difficult to believe magic and demons can even exist, let alone be responsible for the death of her uncle. But Coin sees Eric's heir as a threat to be eliminated by any means -- magical or mundane -- so Jayné had better start believing in something to save her own life.
Aided in her mission by a group of unlikely companions -- Aubrey, Eric's devastatingly attractive assistant; Ex, a former Jesuit with a lethal agenda; Midian, a two-hundred-year-old man who claims to be under a curse from Randolph Coin himself; and Chogyi Jake, a self-styled Buddhist with mystical abilities -- Jayné finds that her new reality is not only unexpected, but often unexplainable. And if she hopes to survive, she'll have to learn the new rules fast -- or break them completely....

DARKER ANGELS (BOOK TWO):  In the battle between good and evil, there's no such thing as a fair fight.


When Jayné Heller's uncle Eric died, she inherited a fortune beyond all her expectations -- and a dangerous mission in a world she never knew existed. Reining in demons and supernatural foes is a formidable task, but thankfully Jayné has vast resources and loyal allies to rely on. She'll need both to tackle a bodyswitching serial killer who's taken up residence in New Orleans, a city rich in voodoo lore and dark magic.
Working alongside Karen Black, a highly confident and enigmatic ex-FBI agent, Jayné races to track down the demon's next intended host. But the closer she gets, the more convinced she becomes that nothing in this beautiful, wounded city is exactly as it seems. When shocking secrets come to light, and jealousy and betrayal turn trusted friends into adversaries, Jayné will soon come face-to-face with an enemy that knows her all too well, and won't rest until it has destroyed everything she loves most....

VICIOUS GRACE (BOOK THREE):  When you’re staring evil in the eye, don’t forget to watch your back . . .
For the first time in forever, Jayné Heller’s life is making sense. Even if she routinely risks her life to destroy demonic parasites that prey on mortals, she now has friends, colleagues, a trusted lover, and newfound confidence in the mission she inherited from her wealthy, mysterious uncle. Her next job might just rob her of all of them. At Grace Memorial Hospital in Chicago, something is stirring. Patients are going AWOL and research subjects share the same sinister dreams. Half a century ago, something was buried under Grace in a terrible ritual, and it’s straining to be free. Jayné is primed to take on whatever’s about to be let loose. Yet the greatest danger now may not be the huge, unseen force lurking below, but the evil that has been hiding in plain sight all along—taking her ever closer to losing her body, her mind, and her soul. . . .

KILLING RITES (BOOK FOUR):  Jayné Heller has discovered the source of her uncanny powers: something else is living inside her body. She’s possessed. Of all her companions, she can only bring herself to confide in Ex, the former priest. They seek help from his old teacher, hoping to cleanse Jayne before the parasite in her becomes too powerful. Ex’s history and a new enemy combine to leave Jayne alone and on the run. Her friends try to hunt her down, unaware of the danger they’re putting her in. Jayne must defeat the past, and her only allies are a rogue vampire she once helped free—and the names thing hiding inside her skin.

Thanks to the lovely Melissa Gramstad at Gallery Books/Pocket Books, I have A COMPLETE SET of The Black Sun's Daughter Series, Unclean Spirits, Darker Angels, Vicious Grace, and Killing Rites (due out November 29, 2011) to give away to a lucky reader!

To enter, simply leave me a comment with your name and email address (or at least indicate that your email address may be found in your profile). NO EMAIL ADDRESS = NO ENTRY!

Please be sure to note if you are a current follower, new follower, etc. so that you get proper credit. Please leave a separate comment/post for EACH entry and a valid email address with each entry.

No P.O. boxes. No Military APOs. This giveaway is open to U.S. and Canada only. My apologies to my overseas friends. Only one copy per household. 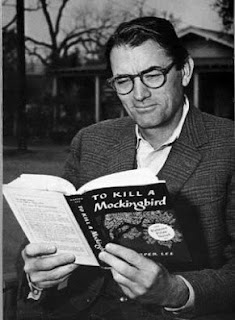 Hi! I am a GFC follower. Have a giveaway on my blog. Would love for you to enter. Donna

Interesting synopsis of these books! They sound like something I would enjoy!
I am a Fantasy fan and writer, would love for you to visit my blog as well!
http://bjwhittington.com/blog/
bj@bjwhittington.com

Wow! New follower on GFC, please add me to the pile!

Thanks for the fantastic giveaway! I would love a chance to read these!

I am a new follower