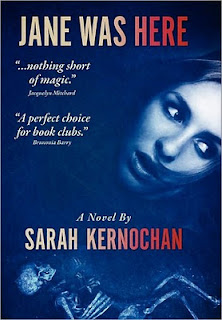 BOOK DESCRIPTION:   A mysterious young woman calling herself Jane turns up in a small New England town. She claims a fragmentary memory of growing up in this place, yet she has never been here before in her life. Upon her arrival, strange and alarming things begin happening to some of the town's inhabitants. As Jane's memories reawaken piece by piece, they carry her back to a long-buried secret, while the townspeople hurtle forward to a horrific event when past and present fatally collide.


Jane Was Here , by Sarah Kernochan, is an incredible book on so many levels.  It's a puzzle that will leave you shuffling the pieces and trying to make them fit up until the very end; a tale of a broken romance; a story of the dynamic of a small town and it's motley group of core residents; a father and son struggling to find a bond; and a mysterious woman who brings it all to a head.

As a person who is interested in the subject of reincarnation, Jane Was Here was a treat to delve into, to consume and to luxuriate in.  There are many possibilities when reincarnation is the theme of your work and Jane Was Here takes a unique and marvelous route, with a wonderfully fulfilling payoff.  So intoxicating was this story that I read the entire book in one sitting, not willing to let it go until I knew all.

History fans too will enjoy the flashbacks to the little town of Graynier circa 1853. I particularly enjoyed making comparisons between the Graynier of today and when the characters had memories or visions of that time past.   There is a portion of the book about midway through that gives a great amount of detail on Jane of the past; I cannot say more than that without giving away important aspects of the story.  Trust me when I say that those portions are satisfying and heartbreaking.

The characters in Jane Was Here were somewhat of an anomoly.  I either found them fairly to flat out unlikable or so perplexing that I could not get a read on them.  And yet I was still utterly intrigued by their plight and their plot and wanted to know, needed to know, what was going to happen to them.  I am still puzzled by the Jane of the book's title; even after reading the final page questions remain.

Not that this is a negative.  In fact, isn't it wonderful that a day or more after finishing Jane Was Here, I am still contemplating it, turning the story and possibilities over in my mind?  In this reader's opinion, having a story stay with you after you turn the page is a hallmark of a great tale.

The story is the strongest part of Jane Was Here, with Ms. Kernochan adeptly weaving each character's backstory, past and present, to a brilliantly spun literary web.  Ms. Kernochan's experience as a screenwriter has served her well here; her prose is as powerful as her plot.  Her characters sound like real people having true conversations and going about normal, average lives.

Happily, too, Ms. Kernochan's descriptive narrative is equally powerful, leaving the reader with a very clear and concise mental picture of Graynier and its residents.

Jane Was Here begs you to curl up with it, get comfortable and settle in with a cup of tea and a blanket, although do not mistake it for a cozy mystery.  It does have some strong language and sexual scenes that are necessary to the book's ebb and flow but the book also manages to possess a nostalgia and an allure to it as well.  It's an intriguing, consuming story that will leave you hungry for more.

Jane Was Here is available for purchase at major booksellers now, including Amazon  I am an Amazon affiliate.  If you make a purchase through my link, I will receive a small commission.


Review copy of this book provided by the publisher in exchange for a fair and honest review.  In no way did the provision of the book affect the outcome of my review.


With thanks to Crazy Book Tours for including me on this virtual tour! 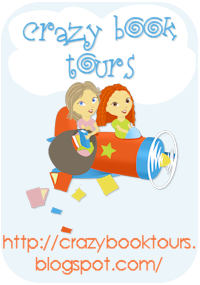 
Sarah Kernochan received early acclaim for her Academy Award winning documentary Marjoe. She then recorded two albums for RCA as a singer-songwriter. In 1977, her first novel Dry Hustle was published. Returning to film, she scripted the the film Nine and ½ Weeks, Impromptu, Sommersby, What Lies Beneath and All I Wanna Do, which she also directed. She received a second Academy Award in 2002 for her short documentary Thoth. 2010 brought the re-issue of Dry Hustle as an ebook, and a third album of songs. 2011 brings us to Jane Was Here; Sarah’s first love and teenage ambition – a novel about reincarnation.

Fabulous review! Thanks so much for being part of the tour! This sounds like an amazing book!