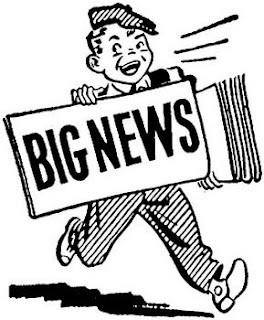 Sourcebooks has some exciting and wonderful stuff coming up as we speed ahead into the holiday season!  First up is a free three chapter preview of the new (January) release, Scrumptious by debut author Amanda Usen.

The free preview can be found at these links:

The book has received great early praise from the following publications and you can read more about the story below.

“In the small but expanding niche of foodie romance, Usen’s debut rules the kitchen with lip-smacking prose and rowdy protagonists who put Iron Chef to shame...the pacing, emotion, and erotic exuberance all sparkle.”
- Publishers Weekly
“In her superbly crafted debut, Usen blends together two realistically complicated protagonists, a well-realized culinary setting (complete with mouthwatering descriptions of food), and plenty of incendiary love scenes. The resulting literary dish is a smart, sexy, simply irresistible contemporary romance.”
- Booklist
“The title perfectly summarizes the feel of this book. Both the main characters and the culinary dishes are described in such a way that readers can practically taste, see and feel every word. Usen has a way with words and it translates to a solid storyline with great sex scenes.”
- RT Book Reviews, 4 Stars
TALL, DARK & DELICIOUS
Joe Rafferty is just as mouthwatering as the food he cooks. But if he thinks he's going to waltz in and take over her kitchen, he's denser than a thick slice of chocolate ripple cheesecake. Marly has invested too much of her life in Chameleon to hand off the restaurant to someone else—especially a cocky-as-all-get-out superstar chef. But there's no denying the man knows how to light her fire. Question is: Can she have the sizzle without feeling the burn?

Doesn't this sound yummy?  I am definitely headed over to download the preview to my Kindle.
Posted by Lori Johnston at Wednesday, December 07, 2011