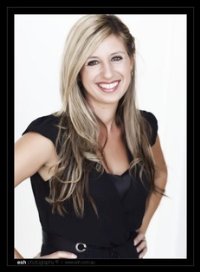 I am happy to welcome Daniella Brodsky, author of the newly re-released Princess of Park Avenue, to Psychotic State Book Reviews for her first visit.  Welcome, Daniella!

A Message from Daniella


I am thrilled to announce the re-launch of one of my favorite backlist titles:  PRINCESS OF PARK AVENUE on sale NOW.  For those of you who became fans later in the game, I am calling this launch series my 'Dirty Literary History'.  The name is tongue in cheek and only an attempt to let you know that it's a bit more lighthearted and comedic than my current work.  But it's got the same power to teach us something about ourselves that I believe all good art (if I may be so bold) does.  And I'm going to go out on a limb and toot my own horn here once again (I know!  You don't even recognize this Daniella, right?) . . . As I read through to re-edit PRINCESS (because I'm a perfectionist and love to see how much I've learned in the last decade too), I laughed my ass off (figuratively; I still have an ass, so don't worry).  The story is funny, and the observations about pop culture's ugly side seem all too relevant today.


For those of you who've been with me since THE GIRL'S GUIDE TO NEW YORK NIGHTLIFE days (or even the days when I wouldn't go anywhere without my Minnie Mouse), and maybe even attended that fabulous launch party with all the free booze in the middle of a blizzard (maybe even won a ritzy prize to take home), I'd love to hear your thoughts on how this Brooklyn v. Park Avenue love story fits into your view of Daniella Brodsky's body of work.  To me, PRINCESS is about the stunning contradictions in each of us.  But no matter which way I look at it, Lorraine Machuchi was - - and still is - - one of my favorite characters, and I hope you enjoy spending some time with her in this revamped edition . . . as much as I have.  Any guesses on which real life personage the Pizza Boy may have been inspired by are totally welcome (and will most likely be denied).  As for who would play Lorraine in a film version, my vote goes to Anne Hathaway - - she's from Brooklyn!  If you'd like to make a pick or just want to say hey, visit the PRINCESS OF PARK AVENUE Facebook page.  For info on my other titles, visit my website.


The great thing about the democratization of the book industry is that we all have a voice - - which means we have influence over the kinds of books that make it in today's marketplace.  If you've enjoyed any of my books, please tell the world via a review or a "like" at any of my Amazon book pages, which can be found via my author page.  You wouldn't believe how influential one opinion can be today.  However you make your voice heard, it's an exciting time!

Daniella Brodsky was born in Queens, New York, in the town of Little Neck, which is as notoriously tagged as the inspiration for West Egg in F. Scott Fitzgerald's The Great Gatsby as it is for being the Queens town with the least street cred:  "Isn't that on Long Island?"  No, it isn't.

The good news is that she now lives in Australia, where nobody is likely to argue the credibility of either claim, possibly even far enough to assert a stake in the Little Neck Clam fame too.  Unfortunately, it appears she's inherited a new problem though.  "Where in Australia do you live?"  "In the capital."  "Sydney?"  "No, Canberra."  "Never heard of it."  Right.

In between, Daniella's lived in Brooklyn, Manhattan, Long Island, Las Vegas, London, Connecticut, and Washington D.C.  She earned a BA from New York University in Greenwich Village, where creative writing instructors first hinted she may actually have something there.  She was unconvinced, but kept being drawn back.  Mere blocks away, it was in 2000 that she officially told that doubting voice to shove it when her first novel, Diary of a Working Girl, was published.  Diary of a Working Girl was adapted by Disney for the feature film Beauty and the Briefcase, starring Hilary Duff, and debuted on ABC Family Network on April 18, 2010.

Daniella's subsequent novels - - The Velvet Rope Diaries and Princess of Park Avenue - - soon followed (and all originally published by Penguin).  It was with the release of her fourth novel Fear of Driving that she explored new geogrphical territory and understood how powerful a place can be in a story.  When she left New York for rural Connecticut it was a fertile time for her imagination - - driving, seeing how pumpkins grow on vines, not in a box at the corner bodega, deciding whether it's safe to tiptoe past twelve deer on the way to her car.

Her new home in Australia offers novel experiences galore and she's discovered travel to be the most nourishing food for a creative mind.

Her first young adult novel, One Trick Pony, was published in hardcover in 2007.  Back when she could stay out past 10:30, Daniella was also the creator and author of The Girl's Guide to New York Nightlife series as well as a freelance magazine journalist.   She has been featured on Good Day New York, The WB Morning News, NPR and in The New York Times, The New York Post and The Hartford Courant.  Her nonfiction work has been published in leadiong publications such as Time Out New York, The New York Post, Men's Health, Cosmopolitan, Shape and Self.

Daniella continues to be fascinated by what makes us who we are and what we can do about it.  She is working on three new novels and a non-fiction title about writing.

Can't wait for these re-releaes!