ORDER OF THE DIMENSIONS by Irene Helenowski 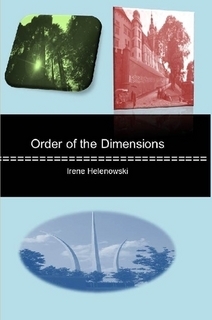 
When Jane Kremowski first began her graduate studies in physics at Madison State University in Wisconsin, little did she know where her work would take her. Now, she is embroiled in a multitude of dimensions all leading to different outcomes. She and her colleagues therefore must act wisely in order to take and keep away the Order of Dimension from falling into the wrong hands for the sake of her loved ones.

My Thoughts on Order of the Dimensions


Let me get this out of the way immediately.  I am not a science fiction fan.  I have never read Ray Bradbury, Philip K. Dick, Arthur C. Clarke or Isaac Asimov.  The genre has simply never appealed to me . . . with the exception of time travel.  I love stories involving time travel; the topic completely fascinates me and I never get tired of it.  So when I was approached by author Irene Helenowski to read and review her debut work, Order of the Dimensions, I was in as soon as I heard it involved traveling to different dimensions.
The plot of Order of the Dimensions is the strongest part of the book in my opinion.  It’s clever, it’s quick paced and it gives the reader so many possibilities.  Ms. Helenowski uses her background in biostatistics to introduce novice sci-fi readers like myself to parallel universes and inter-dimensional travel.  She does so fluidly and without weighing the story down with academia.  I enjoyed seeing the coincidences and making the connections between the main characters’ intertwined lives (both current and alternate).


Reading the storyline, it’s very easy to visualize this as a big budget Hollywood film.  (For fun, if you’re a fan of Order of the Dimensions Facebook page, you can see fantasy casting).
Head villain, Order leader and desperate-for-a-world-takeover Anton Zelov is a tasty bad guy.  Why, you may ask?  Because he’s slick, he’s smart and he’s tenacious.  You won’t necessarily root for him (he is the bad guy, after all) but I found myself looking forward to his scenes and anxious to see what he would do next.  He has a handful of dimensions with which to flex his bad guy muscles and he does not disappoint.


On the flip side, I did wish that there was a bit more character development with Jane and her soulmate, Randy.  While Anton’s background was explored and hints were given as to his nature and why he was so devious, Jane and Randy seemed a bit more close to the vest and just scratching the surface.  I am pleased to hear that Ms. Helenowski is working on a sequel, leaving me certain that we will have more interactions and backstory with Jane and Randy.
In the end, Order of the Dimensions left me wondering about possibilities.  What if a multiverser became reality?  What if we could find out “what if”?  Imagine yourself living an alternate life . . . would I be in Paris?  Or is it the English countryside?  Would I be a bestselling author?  Own a cozy little bookshop?  Have ten kids?  (Note to self on last possibility:  No.)  If I didn’t like where I was now, could I just jump in the old multiverser and try out a new life?  Fascinating, right?


Order of the Dimensions is a very solid debut work from Irene Helenowski and one that I would not hesitate to recommend to readers who enjoy science fiction (especially those not into “heavier” types of science fiction) or those, like me, who are treading into heretofore unknown waters.
Order of the Dimensions is available for purchase now at Amazon, Lulu and Tower.  I am an Amazon affiliate. If you make a purchase through my link, I will receive a small commission.


For more information on Order of the Dimensions and author Irene Helenowski, please visit her Facebook page.


To read my interview with Ms. Helenowski, and characters Anton and Jane, please go here.


Review copy of this book provided by the author in exchange for a fair and honest review. In no way did the provision of this book affect the outcome of my review. 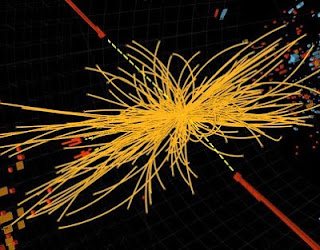 EXCERPT FROM ORDER OF THE DIMENSIONS

Jane noticed several cell phones light up and sound off.

"Mine isn't either," a man's voice responded.

"Does anyone have a working cell?" yet another man asked.

She turned her head to see Dr. Perkins feverishly trying to make a call but to no avail. "My cell phone is not working either," she confirmed with a slight unease.

Just then, several men with flashlights appeared and the audience became relieved, believing the men to be part of security. The lights went back on, and the audience noticed the men were all dressed in black.

After a few moments, the figures in black began dragging individuals into the aisle and shouting; these men definitely were not security. A few of the men signaled to the ceiling, leading to ropes dropping down and several more black-dressed men sliding down the ropes to the floor of the hall and then to the stage. The room once again darkened causing the anxiety of the audience to rise significantly. Beating and screaming could be heard everywhere.

Someone grabbed Jane’s arm and dragged her to what she believed, in the dark, was the stage. She felt someone pushing her into a box. Was it possibly the Multiverser? Overwhelmed, she began gasping for air. She tried to scream but couldn't; she finally blacked out.

Copyrighted material.  Reprinted with permission of the author.
Posted by Lori Johnston at Friday, November 09, 2012

Email ThisBlogThis!Share to TwitterShare to FacebookShare to Pinterest
Labels: Irene Helenowski, Order of the Dimensions

My pleasure, Irene. Look forward to the sequel!