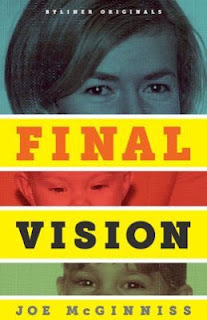 
It is the longest-running criminal case in U.S. history, and one of the most horrifying murder cases of its time, with chilling echoes of the Manson Family’s “Helter Skelter” killings: Jeffrey MacDonald, a handsome, Ivy League–educated Green Beret Army doctor, accused of brutally stabbing and clubbing to death his pregnant wife and two young daughters in the middle of the night. MacDonald was eventually convicted and is serving three consecutive life sentences. The writer Joe McGinniss first got drawn into the story in 1979, when he began work on what became the definitive account of the case, "Fatal Vision." But in the years since, MacDonald has never stopped filing appeals, and several high-profile writers have raised questions about whether he might be innocent after all. McGinniss, largely silent on the topic for years, finally rebuts them all in this compelling follow-up to his 1983 bestseller.

To this day, provocative questions still swirl around the murders: What would cause a seemingly happily married man to slaughter his family so viciously, with a wooden club, knives, and an ice pick? Who were the drug-crazed hippies who MacDonald insisted broke into his house and committed the crimes? Did the government and the military truly suppress evidence that could prove MacDonald’s innocence? And what about the mysterious and deeply troubled Girl in the Floppy Hat?

Forty-three years after the murders, the controversy lives on. MacDonald, now a gray-haired sixty-eight-year-old, continues to attract supporters, most recently acclaimed filmmaker Errol Morris, whose recent book casts doubt on the conviction. The ruling on MacDonald’s latest motion for a new trial is due in early 2013, but as McGinniss makes clear in this fascinating, authoritative book, his guilt is undeniable
My Thoughts on Final Vision: The Last Word on Jeffrey MacDonald

Final Vision comes hot on the heels of Errol Morris' recently published A Wilderness of Error, a lengthy tome which supposes that convicted murderer Jeffrey MacDonald did not receive a fair trial and could quite likely be innocent of the horrific murders of his wife and children that he was convicted of in 1979.  Author Joe McGinniss wrote the first book on the infamous case, Fatal Vision, after being hired by MacDonald and his legal team to write a book on the then nearly ten year legal journey.  McGinniss came to the conclusion that MacDonald was indeed guilty of this unfathomable act after attending every day of the trial and studying the evidence.  His groundbreaking work became not only the basis of a 1984 miniseries starring Gary Cole and Karl Malden but "the book about the case became part of the case", to quote McGinniss, when he was sued by MacDonald.

McGinniss has updated readers with recent events on the MacDonald saga. Final Vision is not for readers new to the MacDonald case; it's for those like me, who have read every book on the case and are obsessed (or least have read Fatal Vision). This is a short series of updates and McGinniss is very clearly ready to move on from this case; his writing sizzles with irritability.  Is there anything new that's been revealed?  Not really, but as a fanatic for this case, it was worth the one sitting it took me to read it.

The update I would truly like to see, and one that would do Colette, Kimberley and Kristen MacDonald justice, would be MacDonald admitting his guilt and finally laying this case to rest.  Never before has there been such a lengthy legal labyrinth spawned from a homicide. The crimes happened forty-three years ago today and despite McGinniss' optimistic title, it hardly seems as if there will ever be a last word on or from Jeffrey MacDonald.

Final Vision: The Last Word on Jeffrey MacDonald by Joe McGinniss is available for purchase from major online booksellers, including Amazon.  I am an Amazon affiliate.  If you make a purchase through my link, I will receive a small commission.

FTC Disclosure:  This book came from my own personal collection.  I was neither compensated nor paid in any way for this review.

In memory of the victims of Jeffrey MacDonald.  May they be the ones we remember in this horrible tragedy, not their killer: 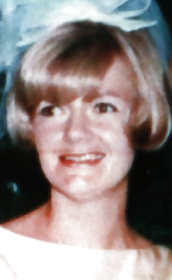 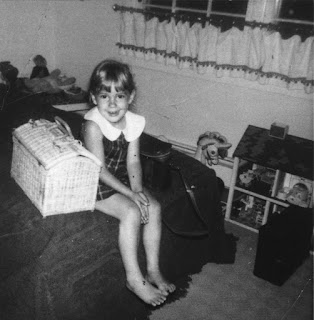 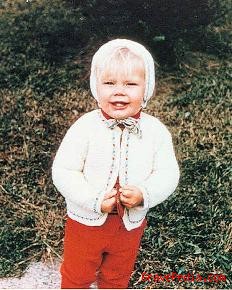 I remember reading your other post regarding this case over the years. You are truly passionate about it! I think it is just so tragic still to this day. I agree with you that he should just admit his guilt. I mean, he probably won't live too much longer. Give people some peace of mind.

I have been flat out obsessed with this case since 1984, Michelle. I have read many true crime books over the years and this one really sticks with me. Every February I think of Colette, Kimberley and Kristen and wonder what would have been, had Jeffrey MacDonald let them live.

If MacDonald had admitted his guilt at the time of his trial or shortly after sentencing, he very well may have been released under time served by now. But I don't think he ever will admit guilt, no matter what kind of evidence there is or may surface. He is the classic narcissist who, in his mind, must always be the Golden Boy. Plus, his second wife is a ferocious defender of his and I doubt she would allow him to ever publicly admit his guilt since the story of the innocent man being imprisoned for such a horrible crime has become her life.

It's also entirely possible that he has told his story of drugged out hippie intruders so many times that he actually believes it in his own mind.