MEG: A NOVEL OF DEEP TERROR by Steve Alten 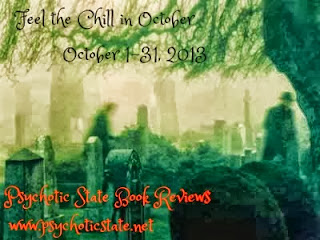 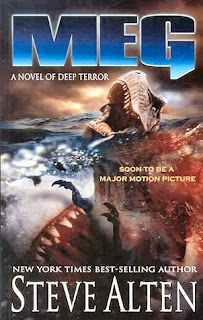 Meg:  A Novel of Deep Terror by Steve Alten

Description:  Seven years ago, and seven miles below the surface of the Pacific Ocean, Dr. Jonas Taylor encountered something that changed the course of his life. Once a Navy deep-sea submersible pilot, now a marine paleontologist, Taylor is convinced that a remnant population of Carcharodon megalodon—prehistoric sharks growing up to 70 feet long, that subsisted on whales—lurks at the bottom of the Mariana Trench. When offered the opportunity to return to those crushing depths in search of the Megs, Taylor leaps at the chance… but the quest for scientific knowledge (and personal vindication) becomes a desperate fight for survival, when the most vicious predator that the earth has ever known is freed to once-again hunt the surface.
My Thoughts on Meg:  A Novel of Deep Terror by Steve Alten


I have long had a fascination with sharks, likely starting with Jaws 2 (which I saw before the original Jaws) and this fascination is fed every summer with Shark Week.  I am terrified of sharks to the point of not getting in the ocean, unless I’m in a boat, and being convinced that if I ever do put a toe into the actual ocean the shark dinner bell will be ringing.  However, I have no problem watching movies and reading books that deal with other people being attacked by said shark(s).  I know, don’t try to figure me out.  Others have tried for years without success.


Naturally, Steve Alten’s meganovel Meg: A Novel of Deep Terror is right up my alley.  Imagine, if you will, that the prehistoric Megalodon, considered extinct for 100,000 years, managed to survive.  And said Megalodon (“Meg”, hence the title of the book) found its way to more populated waters and decided not to limit itself to a diet of merely whales when tasty humans are around.  That would be frightening  enough but the Meg isn’t your ordinary man-eating shark.  Oh no, this fish makes the original Great White from Jaws look like a babe in the woods.  The Meg is some sixty to seventy feet in length with a mouth as large as a two car garage.     Scared yet?


Meg drew me in from the first page until the last.  It’s intense, it’s heart-pounding and it can make you feel claustrophobic, even if you’re not.  How to stop a massive fish whose only purpose is to kill?  And how to survive against such a fish if you’re on its turf, many miles underwater?


I’m no scientist or oceanographer but author Steve Alten does a bang up job in not only helping the reader to understand the submersibles’ missions but feel as if he or she is right there, alongside the characters.  Did I mention claustrophobia?  Again . . . be prepared.


The most well fleshed out character is our hero, Jonas Taylor.  His weariness, frustration and fear will jump off the page at you.  For as well defined as he is, the majority of the other characters are primarily supporting and you don’t get the same sense of each of them as you do Taylor.  However, you do get a very good sense of the Meg who, rightfully, is a main character of this tale.


Like Jaws, Meg makes for fantastic summer reading . . . but it can also be a gratifying read as the leaves are turning and the nights are getting chilly.  I, for one, was grateful to be reading it in the safety of my landlocked home.    It’s a relatively quick read and it’s as fast moving as a blitz attack by a Great White.   It will certainly cause you to wonder if it’s possible the Meg still moves along the darkest corridors of the sea and think twice about what might be circling below you in the ocean.


Pick up Meg and settle in for a less than quiet evening, complete with tension, fear and moments that will make you gasp out loud.


Meg: A Novel of Deep Terror by Steve Alten is available for purchase now at major booksellers, including Amazon.  I am an Amazon affiliate.  I will receive a small commission if you make a purchase through my link.
For more information on author Steve Alten, please visit his website.
FTC Disclosure: This book was borrowed from my local public library. I was neither compensated nor paid in any way for this review.