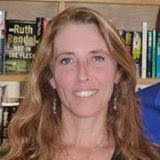 I'd like to welcome Caitlin Rother, author of the just-released I'll Take Care of You, to Psychotic State Book Reviews.


Hi Caitlin.  Welcome to Psychotic State Book Reviews!  You’ve recently released your seventh true crime book.  How did you launch yourself into the true crime market?
It's actually my ninth book, and yes, my seventh true crime. I spent many many years trying to get a crime novel published while I was working as an investigative reporter for daily newspapers. I got a tip that a former county toxicologist for the Medical Examiner's Office -- who had been fired for using methamphetamine -- had been arrested for murdering her husband and staging a suicide scene with red rose petals. I covered the trial and got my first book deal for POISONED LOVE, and the rest, as they say, is history.

What advice would you give a novice writer wanting to break into the narrative nonfiction field?
Read, read, and read some more. Then write, write and rewrite. Writing narrative nonfiction is telling a true story using fiction techniques, which I teach at UCSD Extension and San Diego Writers Ink. I also work one-on-one as a consultant and coach. I teach my students and clients to write compelling scenes, which is the basic component of narrative non-fiction, and also how to research their stories. Hopefully they already have some background in one or both of these areas, but they also must have a unique and untold story that many other people (besides their mother) will want to read.
Writing about abnormal psyches and the dark secrets people live with surely can be overwhelming at times.  What do you do to lighten the mood, so to speak, when you’re not working?
I walk or swim most every day, and when it's warm enough, in the ocean here at the La Jolla Cove. I love watching movies, I play my grand piano now and then, and I also enjoy live music. Recently, I've started singing (in public - gasp!) with my singer-songwriter-guitarist boyfriend, who has been in bands for most of his adult life. I do quite a bit of public speaking, which I enjoy, I also write other sorts of stories for a little variety, and have gotten back into freelancing some journalism. I don't want to focus on true crime year-round. It's just too dark. So when I'm not working, I'm still working on something. That's the glamorous life of a full-time author.
Sad to say but there seems to be no lack of crime in our society.  How do you choose what cases you ultimately write about?
Yes, there are many murders, but it is actually quite difficult to find a case that makes a compelling read, and is going to resonate with enough readers -- and with me -- to make it worth my while. I just pitched a new case to my editor, and it took me almost 18 months to find one she liked! A number of bells have to go off in my head -- a threshold needs to be reached -- when I look at a case for a potential book. There needs to be something unusual about the case, the characters -- especially the female characters -- need to be interesting, the details of the crime and the investigation need to be intriguing, and I always look for a solid psychological angle that I can dig into. It's hard to quantify because these factors vary with every case, but I guess I just know it when I see it.
What would you say has been the most disturbing case, for whatever reasons, you’ve written about or reported on?
I can't pick just one, but the two cases I'd point to are the stories chronicled in BODY PARTS and LOST GIRLS, both of which involve serial rapist-killers. In BODY PARTS, Wayne Adam Ford killed four women during rough sex, then dismembered two of them. The reason I picked that case is because he did the rare deed of turning himself in, knowing that he couldn't stop himself from killing otherwise. The case in LOST GIRLS, involving sexual predator John Gardner, happened here in San Diego, and I felt it was an opportunity to really educate people about sex offenders. My goal was to expose the flaws in the system that allowed this tragedy to occur, and motivate people to make changes in the system to hopefully prevent such tragedies from happening again.

Let’s talk about your newest release, I’ll Take Care of You.  What drew you to this case? 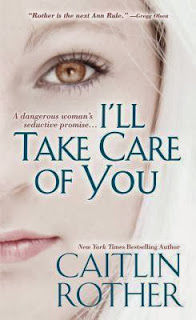 I was talking to a Newport Beach police detective for one of my earlier books, DEAD RECKONING, when he told me he was about to make arrests in a local cold case. As soon as I heard the details -- a young woman had schemed to kill her multimillionaire fiance with her younger lover, who was an NFL linebacker -- I was hooked. I followed the case for a few more years, went to both trials, and wrote the book. It's like an episode of "The Real Housewives of Orange County -- Gone Bad."

In your opinion, if Eric Naposki and Nanette Johnston had not met, would either be a convicted murderer now?
I couldn't really say, but if Nanette came up with this idea the first time, I don't know why she wouldn't or couldn't do it again. It appears that she was the driving force behind this idea and that she manipulated Eric Naposki into doing the killing for her -- for them, so they could live off Bill McLaughlin's millions. He still claims he wasn't the shooter, that it was a hitman.
I love the title of the book.  How much input do you have on your book titles and/or cover designs?
Thank you! That varies from book to book, but this was my title and I chose it because it has so many possible connotations. The title came from the singles ad she placed to meet Bill McLaughlin, which had the headline, "For Wealth Men Only." In the body of the ad, she promised, "I'll take care of you if you take care of me." Killers and mobsters use the term "take care" of someone as code for killing them. And then there are the other more obvious definitions, where you actually take care of someone, financially, emotionally, and in this case, also sexually.
What do you hope readers take away from your books?
I became a journalist to expose wrongdoing and reveal negligence, incompetence and corruption. I became an author to continue in that vein, but writing in the long form also allows me to really tell the in-depth stories behind these cases, to show how the criminal justice system works, and to really explore the human psyche -- what compels some people to commit these horrible crimes against other people and how we can protect ourselves from con artists and predators. My books really underscore how people are often not who or what they appear to be.
Can you tell us what book or books are currently on your nightstand now?
I wish I had more time to read the huge stack of books I have bought and that people have sent me to read, but I don't. I read all day long, but I don't have much time for pleasure reading because I'm always working on several projects simultaneously, and I'm also keeping up with the news and what's going on in the publishing industry. When I do have time to pick up a book, I enjoy literary fiction and legal, medical and crime thrillers.
How about your work area?  Do you have a devoted office at home or are you more of an “on the fly” gal?
I have several work areas -- my home office, my couch in the living room, my dining room table, and two outside offices as well at Starbucks and the bagel place down the street. I like to sit outside in the sun to think, edit, plan and dream, but I write inside and I always do my phone interviews at home.
What is the best part of your job?

Not having to tell anyone where I'm going or to punch a time clock, so that I can sit outside in the sun, go for a walk or a swim, and still do my work -- which involves a lot of thinking and planning -- in my head. I am also grateful to have the freedom to write the stories that I want to write, not what an editor tells me to write. I enjoy the flexibility that I can work almost anywhere by phone or laptop computer, which means I don't have to sit at a desk all day long.

If you could do anything other than write, what would you choose to do?
If I won the lottery, I think I would probably travel the world, but I don't think I'd stop doing what I'm doing. I've tried conjuring up a better paying job, or one that I would enjoy as much, but I can't seem to come up with one that would make me as happy as writing and researching books.
Caitlin, thank you for taking the time to sit down and answer some questions for us.  Good luck with I'll Take Care of You.

To read my review of I'll Take Care of You, please click here.

To purchase a copy of I'll Take Care of You through Amazon, please click here.
Posted by Lori Johnston at Tuesday, January 14, 2014

Email ThisBlogThis!Share to TwitterShare to FacebookShare to Pinterest
Labels: Caitlin Rother, I'll Take Care of You