For Colette, Kimberley and Kristen 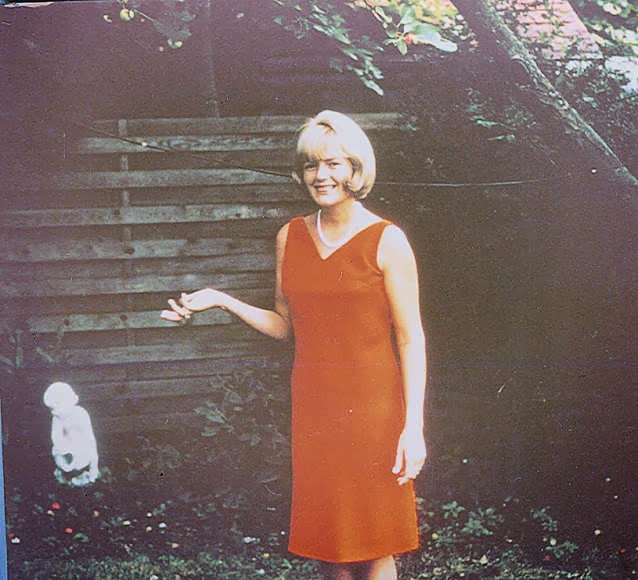 As I write this, it's hard to fathom that it's been forty-four years since Colette, Kimberley and Kristen MacDonald were murdered and closing in on thirty years since I was first introduced to this case.   Every February 17 I think of and remember these three precious people whose lives were ended by Jeffrey MacDonald and my mind is still filled with questions.  Why?  When?  How?

What started the fateful argument in the master bedroom that night?  When did it begin? How could MacDonald have massacred his own little daughters?  Will MacDonald ever come clean and admit he lied about hippy intruders and he himself took a club, icepick and knife to his family?  And perhaps the biggest question of all - - how does MacDonald continue to gain supporters?

If you know me or if you've followed this site for any length of time, you've heard or read about my bumpy road on this case, from feeling MacDonald was probably guilty to probably innocent to absolutely guilty.  This wasn't an easy journey and it took me well over 25 years to run the spectrum of guilt or innocence.  I too once believed that MacDonald could be innocent of these horrible crimes and suffering from the worst miscarriage of justice anyone could be subjected to. 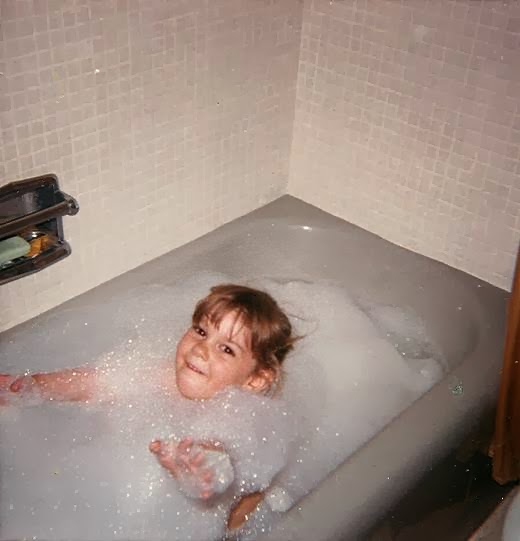 But then came the DNA test results and the internet.  For years the MacDonald camp had been avowing that once the blood covered hair found in Colette's hand had been analyzed, her true killer would be known and MacDonald would be cleared.  And they were right, partially.  The DNA results proved beyond a shadow of a doubt that the hair clenched in her death grip, the hair drenched in her blood, was that of Jeffrey MacDonald.  Her true killer.

That should have been detrimental enough to the MacDonald supporters but I think the internet has been even more damaging.  If you have a strong stomach, search for crime scene photos on this case or autopsy photos.  Again, this is only if you have a strong stomach and won't be tormented by seeing these images because, trust me, they aren't easy to view.  It's one thing to read in cold medical terminology about stab wounds or broken bones and bludgeoning.  It's quite another to see with your own eyes the horrific brutality inflicted on Colette, Kimberley and Kristen.  When you look at that and you compare the damage done to a five year old and a two year old, supposedly sleeping at the time, to the nowhere near as threatening wounds on MacDonald, it does not compute.  This was a physically fit twenty-six year old Green Beret.  He could have fought back.  He could have identified anyone.  And yet the alleged intruders left him alive . . . and not barely alive, lucky to have escaped, but well enough to be enjoying dinner with Cold Duck the following evening at the hospital while his wife and two baby daughters were on a slab downstairs in the mortuary.  The grotesqueness is almost impossible to equate. 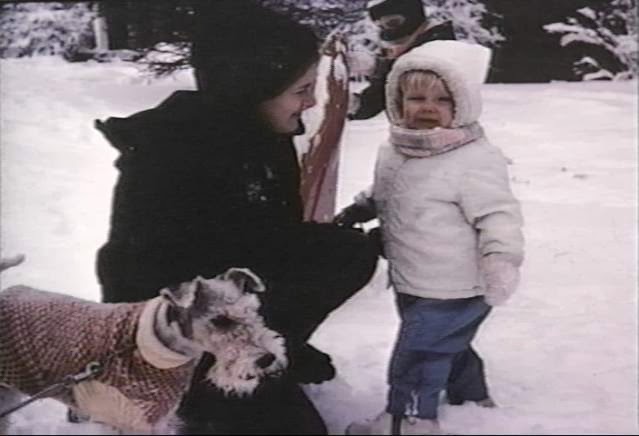 There is no doubt that MacDonald was charming and intelligent.  He was the perfect poster boy to recruit supporters into his injustice camp.  And I think maybe he had like-minded supporters thirty or so years ago, before the internet, before DNA results, before forum boards filled up with questions, doubts and people willing to recount their own experiences with MacDonald's acerbic and narcissistic personality.  Who does he have now, besides a blonde wife who roughly the same age his daughter Kimberley would be today had she been allowed to live?  He does still manage to keep supporters and they appear to be as devout and dedicated as ever but they lack one key component to being successful . . . they have no real rebuttal for the claims against MacDonald.   They fervently hang on to the tale of knife/icepick/club-wielding intruders hellbent on destroying MacDonald and his family.   These intruders managed to enter the MacDonald home on a cold and rainy February evening without leaving so much as a footprint, fingerprint or mud and were kind enough to not break or move anything within the house other than to knock over a coffee table, were also inept enough to not bring a single weapon with them and leave alive the one person who could identify them.  Point that out to the MacDonald camp and you will be met with a veritable barrage of personal attacks about how you hate "Dr." MacDonald, how awful and horrible Brian Murtagh and James Blackburn are and were and given a grocery list of wildly exacerbated injuries MacDonald claimed to have suffered.  Ask these supporters for a medical record supporting these injuries and you will be met with silence or muddled claims that the truth was covered up by the government, by Freddy Kassab, by anyone by MacDonald himself.  Ask them about the fact that MacDonald was sitting up in his hospital bed enjoying dinner and Cold Duck less than twenty-four hours after his family was killed and there is no reply.  Because he was witnessed doing exactly that and by his own mother, no less.

Don't you think that if MacDonald was truly maligned, if he was suffering from the most egregious miscarriage of justice possible, celebrities would be on this bandwagon?  Look at the West Memphis Three.  Those convicted gentlemen had celebrities planning benefits on their behalf (as well as physical evidence indicating they had nothing to do with the crimes in which they were convicted).  Heard of Ryan Ferguson?  He was recently released from prison after a decade of massive support and news coverage.   If MacDonald's account had any merit whatsoever I have no doubt that it would attract and keep the interest of persons who fight for the underdog, who thrill in immersing themselves in tales of conspiracy - - especially those plotted by the government.

In the end, for me, it comes down to two things.

First, as mentioned above, is the sickening discrepancies between the injuries documented on MacDonald that evening and those inflicted on his family.  Nevermind the puzzlement that a Manson-like group of murderers would choose to carry out such a vicious mission armed only with a candle according to MacDonald's story, or that one participant would chant something as ridiculous and uncool as "Acid is groovy."  Nevermind that not a drop of MacDonald's blood was found in the very room in which he claimed to be fighting for his life.  Nevermind that this so-called "fight" lasted by MacDonald's own account no more than ten seconds and MacDonald went down after one, possibly two, taps to the head while Colette suffered many blows and broken bones (MacDonald suffered none) and still attempted to get to her children to protect them.  As was quoted in Fatal Vision, either MacDonald is lying or he's the biggest pussy on the planet.

Second, MacDonald's April 6, 1970 interview.  Go ahead; pull it up online and read it.  If you know about this case it's a fascinating read because it's so revealing about MacDonald and his warped personality.  The most chilling aspect of the entire interview is one statement MacDonald made about what he said to the telephone operator when he called for help.  His exact quote was "So I told him that I needed a doctor and an ambulance and that some people had been stabbed."

Some people.  Some people.  This was his family.  His wife and children, whom he claimed to love more than anything in the world.  Shouldn't he have been crying and saying something like "My wife has been stabbed!  My children, my girls are dying!  My family is hurt!"  Anything other than what he said because he used the same terminology - - "some people" - - to describe the intruders.  The same beings he claims that killed his family and robbed him of that happiness.  Some people.   It's chilling.

Colette, Kimberley and Kristen MacDonald haven't been just "some people" to me.  They have been a part of my emotions for almost thirty years and based on the many online groups and forums, they have remained in others' thoughts and prayers as well.  That, to me, is the silver lining in MacDonald's decades-long protestations of innocence and abuse of the legal system in his desperate attempts to keep this case alive and active.  Sure, it keeps MacDonald in the spotlight, and if you know anything about this case and/or have seen his appearance on The Dick Cavett Show, you know he adores the spotlight but it's also kept Colette, Kimberley and Kristen in focus as well and that's who should be the face, or faces, of this case.  Not their killer.

So this is for them.  If you remember them today, remember that Colette was a gentle and loving woman who adored being a mother more than anything in the world and who hoped to someday be a teacher; that sweet and ladylike Kimberley was studious and liked to read; that tomboy Kristen was a little tiger who loved birthday parties and slides.   Also remember the baby boy Colette was pregnant with when she died  - this unnamed and unseen child that never had the chance to take a first breath.  So long as their killer remains incarcerated and their memories live on, justice is being done.

What is the statue of in the photo with Colette? Thank you!