WHILE WE WERE WATCHING DOWNTON ABBEY by Wendy Wax 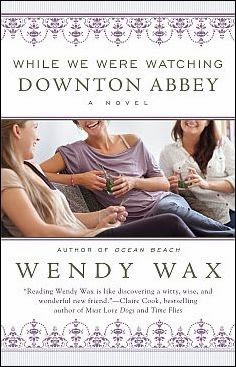 Description:  When the concierge of The Alexander, a historic Atlanta apartment building, invites his fellow residents to join him for weekly screenings of Downton Abbey, four very different people find themselves connecting with the addictive drama, and—even more unexpectedly—with each other…

Samantha Davis married young and for the wrong reason: the security of old Atlanta money—for herself and for her orphaned brother and sister. She never expected her marriage to be complicated by love and compromised by a shattering family betrayal.

Claire Walker is now an empty nester and struggling author who left her home in the suburbs for the old world charm of The Alexander, and for a new and productive life. But she soon wonders if clinging to old dreams can be more destructive than having no dreams at all.

And then there’s Brooke MacKenzie, a woman in constant battle with her faithless ex-husband. She’s just starting to realize that it’s time to take a deep breath and come to terms with the fact that her life is not the fairy tale she thought it would be.

For Samantha, Claire, Brooke—and Edward, who arranges the weekly gatherings—it will be a season of surprises as they forge a bond that will sustain them through some of life’s hardest moments—all of it reflected in the unfolding drama, comedy, and convergent lives of Downton Abbey.

Having never heard of author Wendy Wax prior to this nifty little novel, I picked it up solely on the connection to Downton Abbey.  I'm a fan of the British period drama and figured that a connection to the show would make for at least a decent book.  Am I glad I did!

While We Were Watching Downton Abbey is much more than a quick and dirty little book capitalizing on the connection to a beloved show.  While Downton Abbey is what brings the four major characters together, it's really a backdrop to the events and happenings in the lives of these four.

I was held captive by this book from the first page.  Ms. Wax's writing style is easy, flowing and designed to successfully draw the reader in.  She succeeds.  As a native Atlantan, I was thrilled to read a book centered in the heart of the South with many landmarks, cities and roads that I was easily able to recognize and identify.   It was evident from the writing that Ms. Wax is an Atlantan herself and quite proud of her city.

It was also clearly evident that Ms. Wax watches Downton Abbey herself, with more than just a rudimentary knowledge of the characters and plotlines.  Reading about the show through the pages of her book was akin to watching the first season, in all its awe and spectacle, again and what a wonderful feeling!

I have found in my reading history that many books centering on several main characters tend to have one that isn't quite as fleshed out or that I fail to identify with.  Not here.  If anything, I could identify with Samantha, Brooke and Claire as if each woman had a personality trait or piece of me written in them.  When I was reading a chapter on one character, I didn't want it to end but was quickly entrenched within the dilemmas facing another character in the next chapter.  In case you're in doubt, this is what a "page turner" is all about.

Despite the title, this book is really about relationships.  Relationships the women have with their significant others and children and most especially with each other.  These three are from very different walks of life and in different places and yet they turn out to be support systems for each other.  I loved the message I picked up that friendships are friendships, period and that friends will always have your back.  And the little glimpse we got about karma worked for me as well.

While Edward is somewhat on the outskirts of the relationships, seeing as how he's not one of the three women, I really enjoyed his character.  He could have been written as a very flat standby character but he wasn't.  Surely I'm not the only reader who heard his British accent, clear as day, while flipping the pages and could see him brilliantly in my mind?

Perhaps some portions of the book were predictable but let's be truthful . . . those outcomes are what we wanted.  I picked up the book hoping to get the Downton Abbey connection, a great read and a happy and satisfied feeling at the end.  Mission quite well accomplished. 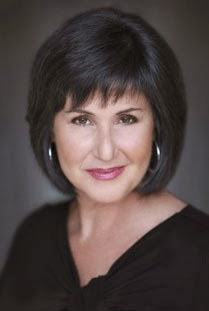 In the end, I loved, loved, loved this book and suffered from both jubilation and sadness to finish it.  I would treasure a sequel (hint, hint) and wouldn't hesitate to recommend While We Were Watching Downton Abbey to Downton fans or fans of literature in which women are celebrated, rewarded and lift each other up.  Bravo, Ms. Wax - - you are definitely on my "must read" list from this point forward.


FTC Disclosure:  This book was borrowed from my local public library.  I was neither compensated nor paid for this review.