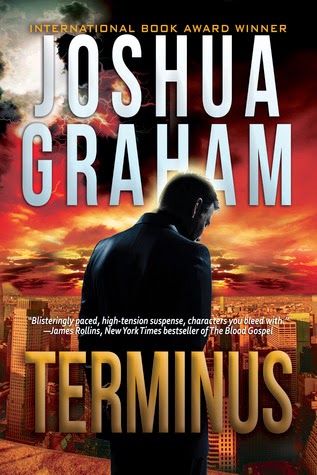 Description:   HOW FAR MUST AN ANGEL FALL TO FIND HIS DESTINY?

Having witnessed one too many senseless deaths, Nikolai, a disillusioned Reaper 3rd Class, resigns his commission with the Angel Forces after a tedious century of gathering souls.

Immediately, another division recruits him with the promise of a more rewarding career, and issues his initial assignments: To bring down a few very dangerous threats to the human race. In the process, Nikolai falls in love with one of his targets Hope Matheson, a woman who will lead thousands astray.

Caught between conflicting agendas, Nikolai chooses to fall from his celestial state and become mortal in order to circumvent angel law and be with her. But for angels and humans alike, things are not always as they appear. Still a target, the threat against Hope s life intensifies.

Now, in order to save her, Nikolai must rally the last remnants of his failing supernatural abilities to prevent her assassination, as well as the destruction of an entire city by a nuclear terrorist strike.

But his time and power are running out...

Terminus is a perspective-altering saga that delves into ageless themes of redemption, destiny, and the eternal power of love.


My Thoughts on Terminus

If you're a follower of my reviews (and I thank you if so) you know that I am a huge fan of Joshua Graham's and have been since his first book, Beyond Justice.    I know from the moment I pick up a new Graham book that I will like it - - the only question is how much.

Terminus, like Darkroom before it, is different from the author's previous book.  Is it suspense?  Mystery?  Sci-fi?  Fantasy?  Yes, yes, yes and yes.  And it's written and executed extremely well.

Let's start with the characters first.  Nick, our fallen angel, is a hero extraordinaire.  I quickly became attached to him - - his pain, his desires, his humanity and his spirituality.   I was fascinated with our introduction to him, in which he collects the souls of the newly departed.  It was an incredibly original concept, as well as Nick's struggle with his place in the (other)world.

This struggle leads us to Hope, a young mother dealing with the worst kind of pain and who presents Nick with the type of dilemma he had never before faced as an angel.  Violation of the angel rules leads this particular angel to fall and the effect is a ripple throughout humanity, culminating in an assassination and terrorist threat.

Terminus speaks of spiritual warfare in a non-preachy way and I was entranced by the angels versus demons battle occurring, all while normal everyday life was occurring for the humans.

The underlying theme of Terminus is hope.  Hope that good things await all of us, hope that there are angels on our side and hope that good will always overrule evil.  It's surely no coincidence that Mr. Graham chose to name his heroine Hope.

Mr. Graham's writing, as always, is top notch.  He's plotted Terminus to be a fast paced, highly charged and emotional experience.    This isn't the type of book that you will put down and pick back up at leisure because you will be far too invested in Nick and Hope's conjoined paths.  The author isn't merely a technically accurate writer, he's also an incredible storyteller and his voice translates wonderfully well to the written word.

Terminus is a delicious blend of thriller, mystery, suspense, paranormal, romance, fantasy and sci-fi and it's meant to be savored as well as educating.  What did I take away from this work?  Besides angels could very well be walking among us (and how I love and support that idea!) and that sacrifice and redemption go hand in hand, it's that love is the ultimate purpose of our human lives.  Not just romantic love but also love between a parent and child, love between friends and love between people in general.  Terminus left me with a wonderful feeling, an enriched heart, and a whole lot of hope.

I highly recommend Terminus.  Go.  Go right now and get yourself a copy.  It's superb writing and you won't regret it.

FTC Disclosure:  Review copy of this book provided by the author in exchange for a fair and honest review.  In no way did the provision of this book affect the outcome of my review.