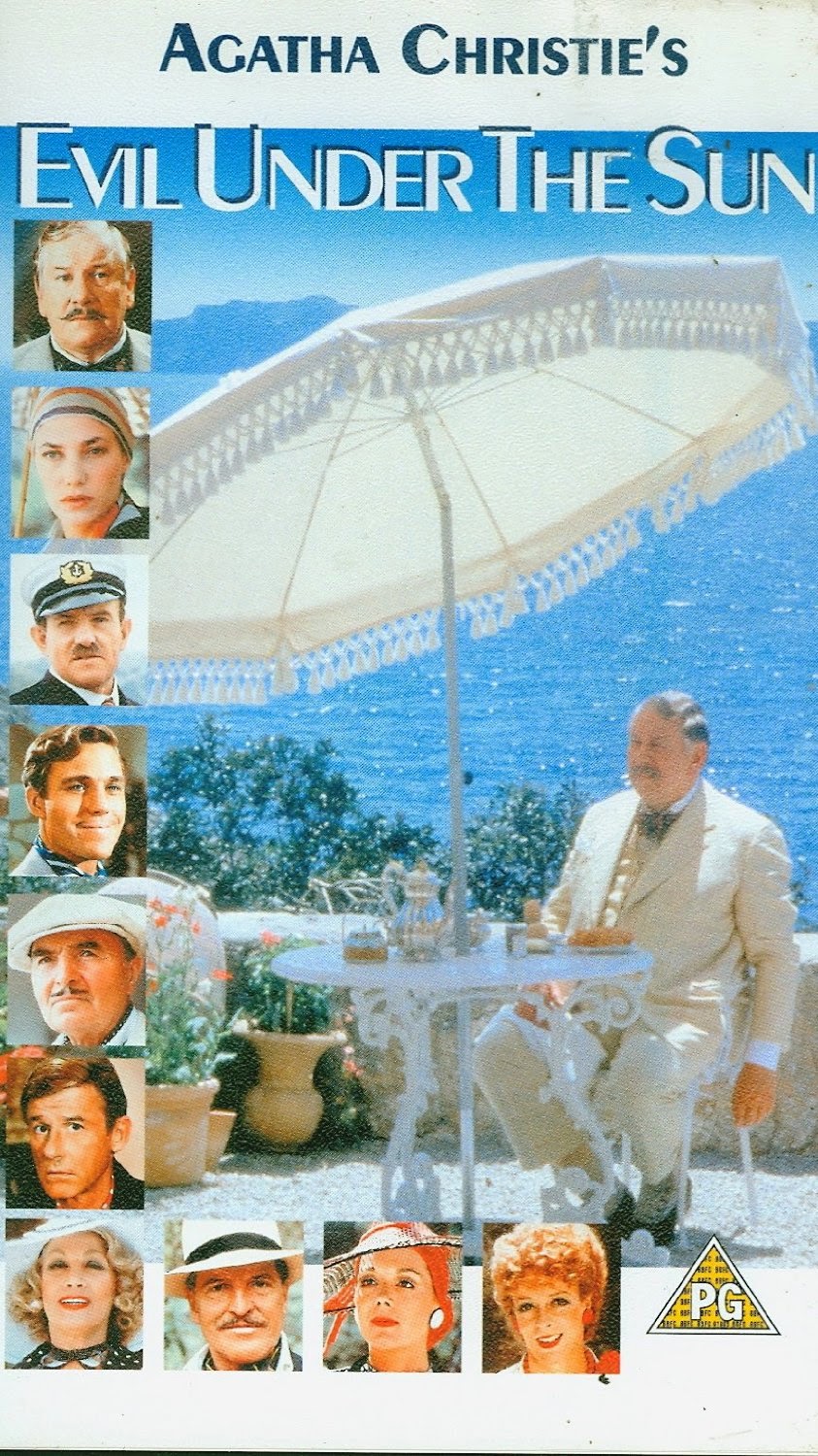 Movie Description:  It's the perfect vacation and nearly the perfect crime in this star-studded whodunit. Join Agatha Christie's famed Belgian sleuth Hercule Poirot as he interrupts his holiday to investigate a brutal murder at an exclusive resort hotel.


My Thoughts on Evil Under the Sun

Don't you just love Agatha Christie and especially the late 1970s/early 1980s theatrical versions of some of her books?  They are good mysteries, yes, but more importantly - - the costume and set designs are to die for.  Literally.  He he. 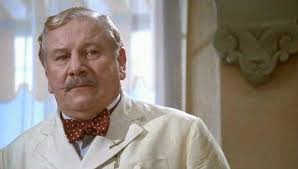 This version stars my favorite cinematic Hercule Poirot, Peter Ustinov.  I know, I know.  David Suchet is awesome and physically he's exactly as Poirot is described and drawn on Christie's older covers.  But Mr. Ustinov will always be my ultimate Poirot.  Maybe because he's the first Poirot I saw, maybe because he's a good actor.  Who knows - - irrelevant.   What's important is that he's back and he's back to sleuthing.

It's roughly the late 1930s/early 1940s and Monsieur Poirot is on holiday while looking into retrieving his friend Sir Horace Blatt's big honking diamond from actress/singer/dancer/general ungrateful bitchy hobag Arlena Stuart.  Sir Horace made the big honking mistake of giving Arlena this diamond in hopes of marrying her but the heartless woman took the stone and then threw him over to marry her current hubs, Kenneth Marshall.  As luck would have it (and as luck always seems to have it), Arlena is holidaying with  Kenneth and his daughter Linda, who annoys Arlena by "standing there like a cough drop" on the very same island Poirot has chosen to relax.

Also fortuitously on holiday (don't you love how the Brits call it a holiday instead of vacay?) is every single person that hates Arlena with the fire of a thousand suns.  Okay, maybe it's not lucky for Arlena but it makes it a lot easier to have multiple suspects and make Poirot work those little gray cells.

As you will find out, Arlena is a nasty person.  Other than maybe having a lot of money (or jewels, if Sir Horace is any indication) or being unbelievable between the sheets, I'm at a loss for explaining why men apparently fall down at her feet.  She's played with the appropriate bitchiness by Diana Rigg, who comes on like an F5 tornado, knowing that she's going to bite it an hour in and we won't see her again.  I guess that's what it known as making the most of the time you have.  No fault of Ms. Rigg's as she does sum up the character (and I use that word loosely) of Arlena very nicely.  Or the director just let her chew the scenery unchecked because, well, it's Diana Rigg.

You will have absolutely no sympathy for the victim here, which seems to be a somewhat common occurrence with some of Ms. Christie's works.  Her victims are often not the nicest people, hence the waiting line for people who would have a valid excuse to do them in.

As in most Christie films, there is a somewhat slow buildup.  As I previously mentioned, the murder itself doesn't happen for nearly an hour into the film which would be an eternity for anyone but Roman Polanski's films.  Also as in other Christie film adaptations, Poirot figures out whodunnit and with what instrument and reveals all in the last twenty or so minutes of the film.  This is usually the best part, when flashbacks will show you how the crime unfolded.

Evil Under the Sun is no exception.  We have the introduction to the characters, the introduction to the locale (which is so gorgeous, I could barely stand it) and the introduction to why the victim, in this case Arlena Stuart Marshall, must die.  Be forewarned that if you have read the book, this cinematic guilty pleasure veers off slightly - - some characters are condensed and others are forgotten but the general premise is the same.  Which is that Hercule Poirot is the smartest Belgian you will ever meet and Arlena Stuart Marshall is so disgusting that no one really cares when she's found dead.

Because it can't be said enough, Peter Ustinov is a stellar Poirot.  I particularly love the scene of him "swimming" in the sea in his hilarious early century swimsuit.  While he doesn't have the suave David Niven as a sidekick here, as he does in the just-a-tad-bit-better Death on the Nile, we do have the incredibly Maggie Smith as hotel owner Daphne Castle.  Even the feisty Daphne would have a reason to knock off Arlena, as she and Arlena used to be sparring partners on stage back when Arlena "could throw her legs up in the air higher than any of us . . . and wider."  Oh Daphne, you're a wit.  We also find out through a bit of backstory given as gossip that Daphne was the mistress of some King who then married someone else (men!) and gave Daphne a gorgeous Adriatic island with a "summer" castle on it as a parting gift.  You go, girl.  An island isn't a bad "thank you."  I certainly never walked away with one.  And does this mean the King has spring, fall and winter castles?  So Daphne took her island and her castle and turned it into a resort destination fit for royalty.

Also aboard for hijinks and suspicion are Roddy McDowall, James Mason (in one of his last films), Sylvia Miles, Jane Birkin (who also appears in Death on the Nile), Colin Blakely and Nicholas Clay.   And yes, all of them have equal reason to want to rid the earth of the disease known as Arlena Marshall.

The costuming on this movie, like its predecessor Death on the Nile, is stupendous, particularly if you love the 1930s and 1940s.  While the men are dapper in their suits and tuxes, the ladies are just gorg in their slinky evening gowns and lounging pants and smart suits.  And let's not forget the hats.  Watching this movie makes me want to jump into a time machine and go back to this oh-so-glamorous period (fashion-wise, at least) and hit up Daphne's royal resort.  And like Poirot, I'll skip the ocean travel to get there and take the train, thank you very much.

Even if you know the mystery by reading the book, Evil Under the Sun is still a good watch and in general, an underrated film.   It's a fun, light-hearted look at murder happening on holiday (ha) by some of the most glamorous, smooth people you'll find.

I would definitely recommend this film . . . heck, it should be required viewing for Christie lovers.