Book Spotlight: CRACKS IN THE SIDEWALK by Bette Lee Crosby 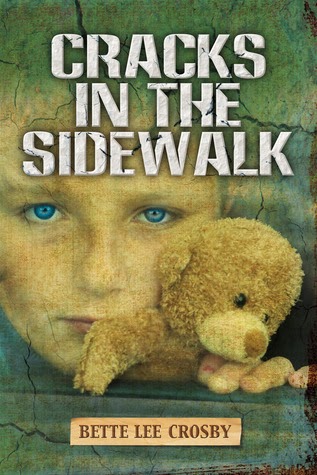 Book Blurb:  A powerful story that is a heart-wrenching reminder of how fragile relationships can be. Cracks in the Sidewalk is based on a true story.

Claire McDermott is a wife, a mother, a grandmother... Her only daughter is gravely ill... Her son-in-law is resentful and angry... Her grandchildren are missing...
After years of writing letters, hoping to find the children, hoping to bring them back, Claire receives a reply...a dog-eared gray envelope is stuffed into her mailbox, but will it bring hope or simply put an end to the waiting?


Can a single letter change the lives of four people? Claire McDermott and her grandchildren are about to discover letters are a journey of the heart which can ultimately deliver people to their destination.

Reviews for Cracks in the Sidewalk 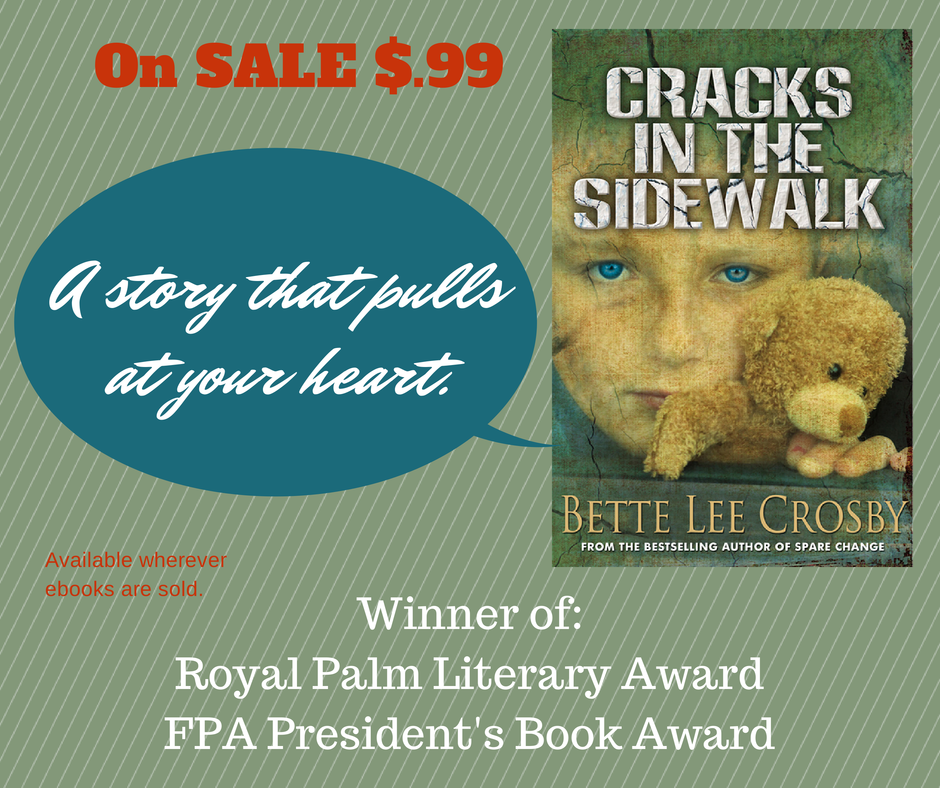 Posted by Lori Johnston at Thursday, August 28, 2014 No comments:

LOSING HIM GAINING YOU by Corbin Lewars

Description:  Losing Him, Gaining You is a refreshingly honest and uplifting guide through divorce. Based on research and her own experience, Corbin Lewars coaches her readers through tough territory with a direct, straightforward step by step approach to divorce. With inspiration and a large dose of humor, Corbin offers a way forward that will help others trust themselves and make wise choices for their new life.


My Thoughts on Losing Him Gaining You by Corbin Lewars

If you're going through a divorce or have recently gone through a divorce and are looking for a book that encourages you to find your inner self, take yoga and "see the light," this book isn't for you.  Not that author Corbin Lewars doesn't encourage the reader to find herself and do things to help yourself (which might be yoga) but she gives you a no-nonsense approach to getting through your divorce and starting your life up, better than ever.

Losing Him Gaining You is a solid guidebook to cover every situation, both during and post-divorce and written by a woman whose parting while painful at times was not acrimonious.  Ms. Lewars instructs the reader on how to maintain a civil relationship with your ex, how to break the news to your child(ren), how to enjoy that love affair with pound cake (or whatever dessert tickles your sweet tooth) and how to navigate those sometimes choppy waters of dating after being out of that pool for years.

As someone who has gone through a separation and divorce over the last year, I found Ms. Lewars' book to be a helpful resource.  It is a bit heavy in places and not something I could sit and read in one sitting but I finished the book feeling better about my place in life and with a renewed fervor for this new chapter in my life.

If you are going through a divorce or know someone who is, Losing Him Gaining You is a good choice to assist you or your friend in getting through an emotional time and back on track.

From Chapter 11: Your Body
Reacquainting Yourself With Your Body
You painted your bedroom a luscious eggplant color. You’ve taken a good look at your finances and figured out how you can make it through the next few months or maybe even year. You’ve reached out to other divorced women. You’ve taken some time to be by yourself and cry, rage, mourn, and consider your part in the divorce. Now, it’s time to take a look at your body.
“What?!” you say.
That’s right lady, time to take it off. You’ve been looking at your emotional state, now it’s time to look at your physical state. I’m guessing I’m not the only one who’s had the occasional affair with a pound cake. There’s nothing wrong with that, I love a good treat. It’s only a problem if the chocolate bar became your way to cope, and way to not cope. When that happens, you’re no longer treating yourself, you’re ignoring reality.
Speaking of ignoring things, when is the last time you looked at your naked body? If you can’t remember, we’re in trouble. When you took a gander, did you groan or smile? Or was it all a blur because you were running so fast to put on your natty old bathrobe? Don’t worry, I won’t make you get rid of said bathrobe, but I will encourage you to stop hiding behind it.
To Purchase at Amazon 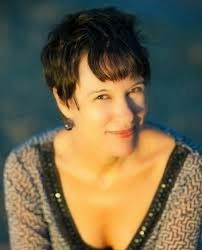 Corbin Lewars is the author of Creating a Life: The Memoir of a Writer and Mom in The Making, which was nominated for the 2011 PNBA and Washington State Book Awards.  Her essays have been featured in over twenty-five publications as well as in several writing and parenting anthologies.  For the past fifteen years she has worked with other writers as a development editor, coach and writing instructor.  She lives in Seattle, Washington with her two children and very large cat.

http://blog.seattlepi.com/singlewritermama/
Facebook
Twitter: @CorbinSeattle
FTC Disclosure:  Review copy of this book provided by CLP Blog Tours in exchange for a fair and honest review.  In no way did the provision of this book affect the outcome of my review.


Check Out Other Tour Stops 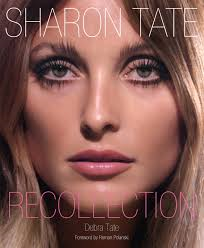 Description:  Considered by many to be the most beautiful woman of her generation, Sharon Tate remains a fascinating pop icon and a poster child for the 1960s. What struck most about Sharon was her gentle nature and the sheer perfection of her face, but she was far more than just a beauty. The few films she made during her brief career, including Valley of the Dolls, Eye of the Devil, and The Fearless Vampire Killers, have secured her position as a Hollywood legend. Over forty years since her last film, Sharon’s spirit and charisma lives strong in the memories of those who knew her best, and her style continues to inspire the worlds of fashion, beauty, art, and film.

Sharon Tate: Recollection is a one-of-a-kind celebration of Sharon’s life and career, her influence as a fashion icon throughout the world, and in effect presents a sociological portrait of the 1960s—its youth culture, the sexual revolution, the rise of independent cinema, and Hollywood's changing studio system. In this impressive photo book, Sharon Tate’s story emerges through quotes and short essays—recollections—by her sister, Debra Tate, as well as by those who knew and have been influenced by her.

What emerges from these pages is a stunning tribute to an unforgettable life.

An introduction and remembrances by Sharon's sister Debra Tate.

Never-before-seen or published images of Sharon in the classic film Valley of the Dolls, digitally reproduced from their original negatives and transparencies specially for this book by the 20th Century Fox Archive.

My Thoughts on Sharon Tate: Recollection by Debra Tate

Since picking up Helter Skelter, the first true crime book I ever read, I have had a fascination with actress Sharon Tate.  I'm sorry to admit that it started because of her horrible death but as I began to read more and more about her life - - slim pickings for many years - - and then watch her small collection of movies on cable and then as they became available on DVD, I became a fan of hers.


Sharon Tate may not have been the best actress (although she died before her full potential could ever be known) but this gorgeous woman touched so many people during her all too brief lifetime.  Never have I read anything about her being mean, rude or in the slightest bit cruel . . . quite a feat for someone working and residing in Hollywood.  Maybe you can write off the glowing memories in the immediate years after her death but with forty-five years having gone by today, the compliments and warmth remain.

﻿
Sharon's sole surviving immediate family member, younger sister Debra, chose to release a book with a plethora of personal family photos, publicity stills and casual shots celebrating her sister's life.  As Debra herself said "Sharon lived a magnificent life" and these beautiful pictures attest to that.  Sharon, rather than being presented as a victim, is instead showcased as both a fashion icon ahead of her time and a young woman devoted to her family and friends.  Viewing these photos I was struck by how little they are dated and how Sharon could easily be gracing magazine pages and fashion today.  They are absolutely stunning.

Debra has included backstory on many of the photographs, as well as personal recollections of her sister by co-workers and friends.  Sharon's widower, Roman Polanski, wrote the foreword as well as text for various other photographs throughout the book and despite what your personal feelings on Polanski may be, his words are touching, heartfelt and affectionate.  I loved reading the various memories and insight about Sharon, feeling it did nothing but help to cement her lifetime achievements.  Perhaps best of all were Sharon's own words, accompanying some of the picture, on everything from her career to beauty to her co-stars.

I commend Debra for creating this beautiful book, a fine addition to any library and a must-have for any Sharon Tate fan.   This book is exactly what it should be - - a celebration of an exquisite woman's life and the legacy that Sharon Tate so richly deserves.  If you're a fan of hers, or want to honor her on this sad anniversary, pick up your copy today.

FTC Disclosure:  This book is from my own personal collection and was purchased by me.  I was neither paid nor compensated (ha ha) for this review.

Posted by Lori Johnston at Saturday, August 09, 2014 No comments: