MY SISTER'S GRAVE by Robert Dugoni 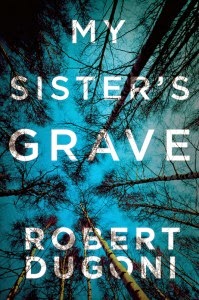 Description:  Tracy Crosswhite has spent twenty years questioning the facts surrounding her sister Sarah’s disappearance and the murder trial that followed. She doesn’t believe that Edmund House—a convicted rapist and the man condemned for Sarah’s murder—is the guilty party. Motivated by the opportunity to obtain real justice, Tracy became a homicide detective with the Seattle PD and dedicated her life to tracking down killers.

When Sarah’s remains are finally discovered near their hometown in the northern Cascade mountains of Washington State, Tracy is determined to get the answers she’s been seeking. As she searches for the real killer, she unearths dark, long-kept secrets that will forever change her relationship to her past—and open the door to deadly danger.

My Thoughts on My Sister's Grave by Robert Dugoni

I have been a fan of Robert Dugoni's for many years, since picking up my first novel by him.  I found him then to be an engaging writer with tight plots and heroes you could root for and his newest installment, My Sister's Grave, does not disappoint.

Mr. Dugoni wrote a fantastic hero in David Sloane (first introduced in The Jury Master) and he manages to conceive an equally awesome heroine with Tracy Crosswhite.  Our gal Tracy is no helpless woman.  She's a Seattle detective who's strong willed and determined and while she's unmarried, she's no man hater.   Plus girlfriend has been seeking justice for her sister for twenty years so she's definitely loyal.  I have found that a number of female "leads" are written as nearly unlikeable but I liked Tracy.  A lot.

Additionally I felt a kinship toward the fictional town of Cedar Grove, written so vividly that I could picture the downtown street, the houses with the wraparound porches and the friendly neighbors.  As far as I'm concerned, Cedar Grove was a supporting character in this book. 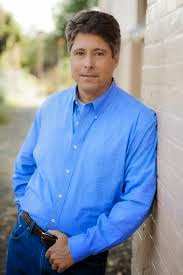 Mr. Dugoni's background shows with the courtroom scenes and legal terminology but the book  definitely falls under the mystery/thriller umbrella versus the legal one.   There is also a decent amount of forensics but this reader found it just enough to be of interest and not necessarily tutorial or educational in nature.

The actual mystery itself was extremely well thought out and executed, making it difficult to put this book down.  I was surprised by the reveal and was quickly turning the page to get to the outcome.  I found the resolution satisfying and was pleased.

I wouldn't hesitate to recommend My Sister's Grave and look forward to another literary encounter with Tracy Crosswhite.  Bravo, Mr. Dugoni.

FTC Disclosure: The review copy of this book was provided by the publisher through NetGalley in exchange for a fair and honest review.  In no way did the provision of the book affect the outcome of my review.

Thanks to TLC Book Tours for allowing Psychotic State Book Reviews to be part of this tour. 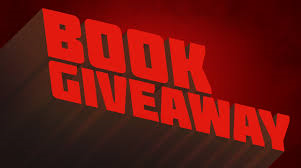 After reading the synopsis and my review, would you like your own copy of My Sister's Grave?  Of course you would!

Use the Rafflecopter entry below and leave me a comment letting me know what one mystery you would solve if you could.   Me?  I would like to know once and for all the true identity of Jack the Ripper.  (Yes, I have a dark mind.)

I would like to learn whether the calico cat we occasionally see on our backyard patio belongs to one of our neighbors and, if not, bring it inside before it dies in the awful weather coming soon.

A great story and a satisfying ending - sounds wonderful!

Thanks for being a part of the tour.

What a wonderful looking blog.

Thanks for the giveaway! I would like to figure out the tax code.
jmcgarry2011@yahoo.com

I am with you on this, I really want to know who Jack the Ripper really was.