The Rules on Writing 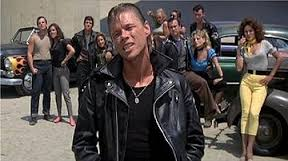 You have to write about what you know.

You have to write every day.

You have to outline.  Everything.

You have to know how your story will start and end when you begin.


Sound familiar?  I'm sure you have heard at least one of the above "rules", if not all of them.  What do they have in common?  They all start with "you have to" and as the old saying goes, the only thing you have to do is pay taxes (well, you should!) and die.

I have been writing in some form or another since I was eight.  I remember hearing all these rules at some point while in school or while reading various books on how to write.

There are no set rules in writing.   Some authors write every day, without fail, because it works for them (paging Stephen King!).  Others write every other day, or write Monday through Friday giving themselves the weekends off.  Still others write only on the weekends.

Some writers never write an outline or use index cards while others get heart palpitations thinking of going without them.  By the same token, you will find authors who swear by knowing every detail of their work before putting pen to paper while others enjoy the adventure of seeing what happens as they go.

Stephenie Meyers, the author of the Twilight series, began her successful first book not with Chapter 1 but writing a scene that ended up happening in the middle of the book because she dreamt it and it was vivid in her mind.  After she wrote that scene, she went from there and went back and sketched out the beginning of the book.

I find that starting can be hair-pulling at times but simply writing a random scene in your work can not only be fulfilling but successful in helping you to find your book's voice and flesh out your characters.   There doesn't seem to be the same pressure or weight that may paralyze you when starting on page 1.

I took a creative writing class last year and one of the first things the instructor said was "Just sit down and write."  It's probably the best piece of writing advice you can have.  Don't think too hard about it and don't read too much about it. (When I think of the sheer number of "how to" books I've read over the years, I shudder).  Just do it.

In short, there isn't one right way or one wrong way.  Whatever works for you is the way to go.

As the great quote from Grease above says, remember that the rules of writing are that there are no rules.