Book Spotlight: ALL THAT GLITTERS by Michael Murphy 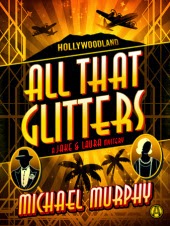 Just arrived from New York, Broadway actress Laura Wilson is slated to star in Hollywood’s newest screwball comedy. At her side, of course, is Jake Donovan, under pressure to write his next mystery novel. But peace and quiet are not to be had when an all-too-real murder plot intrudes: After a glitzy party, the son of a studio honcho is discovered dead from a gunshot wound. And since Jake exchanged words with the hothead just hours before his death, the bestselling author becomes the LAPD’s prime suspect.

In 1930s Tinseltown, anything goes. Proving his innocence won’t be easy in a town where sex, seduction, and naked power run rampant. With gossip columnist Louella Parsons dead-set on publicizing the charges against him, Jake has no choice but to do what everyone else does in the City of Angels: act like someone else. Blackie Doyle, the tough-talking, fist-swinging, womanizing hero from Jake’s novels wouldn’t pull any punches until he exposed the real killer—nor will Jake, to keep the role of a lifetime from being his last.
Praise for All That Glitters 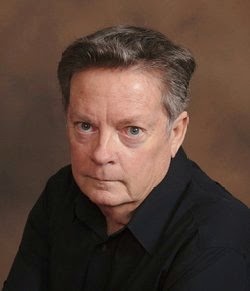 Michael Murphy is a full-time writer and part-time urban chicken rancher. He lives in Arizona with his wife of more than forty years and the four children they adopted this past year. He’s active in several local writers’ groups and conducts novel-writing workshops at bookstores and libraries.
Author Website
Amazon
With thanks to TLC Book Tours for including me on this tour!

Enter the Rafflecopter giveaway for a $25 gift card to the eBook Retailer of the winner’s choice + a copy of The Yankee Club, the first book in the series!  Giveaway ends January 30.

Thanks so much for featuring my novel All That Glitters on your terrific book blog.

Thanks for featuring this book for the tour!