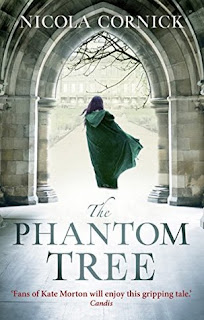 The Phantom Tree by Nicola Cornick

“My name is Mary Seymour and I am the daughter of one queen and the niece of another.”

Browsing antiques shops in Wiltshire, Alison Bannister stumbles across a delicate old portrait – supposedly of Anne Boleyn. Except Alison knows better… The woman is Mary Seymour, the daughter of Katherine Parr who was taken to Wolf Hall in 1557 as an unwanted orphan and presumed dead after going missing as a child.
The painting is more than just a beautiful object from Alison’s past – it holds the key to her future, unlocking the mystery surrounding Mary’s disappearance, and the enigma of Alison’s son.
But Alison’s quest soon takes a dark and foreboding turn, as a meeting place called the Phantom Tree harbours secrets in its shadows… 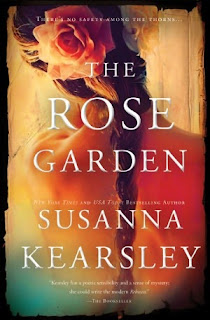 The Rose Garden by Susanna Kearsley

When Eva's film star sister Katrina dies, she leaves California and returns to Cornwall, where they spent their childhood summers, to scatter Katrina's ashes and in doing so return her to the place where she belongs.

But Eva must also confront the ghosts from her own past, as well as those from a time long before her own. For the house where she so often stayed as a child is home not only to her old friends the Halletts, but also to the people who had lived there in the eighteenth century.

When Eva finally accepts that she is able to slip between centuries and see and talk to the inhabitants from hundreds of years ago, she soon finds herself falling for Daniel Butler, a man who lived - and died - long before she herself was born. Eva begins to question her place in the present, and in laying her sister to rest, comes to realise that she too must decide where she really belongs, choosing between the life she knows and the past she feels so drawn towards. 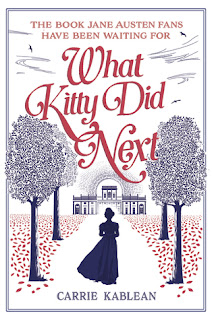 What Kitty Did Next by Carrie Kablean

England, 1813. Nineteen-year-old Catherine Bennet lives in the shadow of her two eldest sisters, Elizabeth and Jane, who have both made excellent marriages. No one expects Kitty to amount to anything.

Left at home in rural Hertfordshire with her neurotic and nagging mother, and a father who derides her as "silly and ignorant," Kitty is lonely, diffident and at a loss as to how to improve her situation.
When her world unexpectedly expands to London and the Darcy’s magnificent country estate in Derbyshire, she is overjoyed. Keen to impress this new society, and to change her family’s prejudice, Kitty does everything she can to improve her mind and manners—and for the first time feels liked and respected.
However, one fateful night at Pemberley, a series of events and misunderstandings conspire to ruin Kitty’s reputation and she is sent back home in disgrace. But Kitty has learnt from her new experiences and what she does next does next will not only surprise herself, but everyone else too. 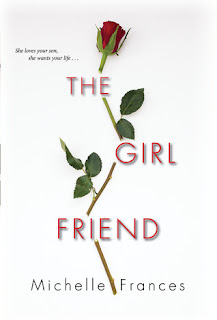 The Girlfriend by Michelle Francis

A mother.  A son.  His girlfriend.  And the lie they'll wish had never been told.

Laura has it all.  A successful career, a long marriage to a rich husband, and a twenty-three year old son, Daniel, who is kind, handsome, and talented.  Then Daniel meets Cherry.  Cherry is young, beautiful, and smart but hasn't led Laura's golden life.  And she wants it.

When tragedy strikes, a decision is made and a lie is told.  A lie so terrible it changes their lives forever.

The Girlfriend is a taut and wickedly twisted debut psychological thriller -- a novel of subtle sabotage, retaliation, jealousy, and fear, which pivots on an unforgivable lie, and examines the mother-son-daughter-in-law relationship in a chilling new light.